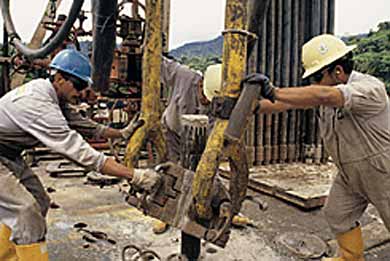 Unemployment dropped 3.7 percentage points in June, relative to the same month a year earlier, reported Venezuela’s National Institute of Statistics (INE). The unemployment rate for June 2005 was thus at 11.8%, one of the lowest rates of the Chavez entire presidency. A year earlier the rate had been 15.5%.

Those who do not work in the formal economy are employed as street vendors, house maids, and other forms of employment that is not part of the formal economy. These figures are calculated on a monthly basis since 1967 by the INE by surveying 14,000 Venezuelans age 15 and over and 4,700 homes in all of Venezuela’s territory.

Others argue, though, that these recession years have now been largely overcome, as GDP grew by 17.9% in 2004 and 7.9% in the first quarter of 2005, which brings Venezuela’s GDP to about the level it had in 2001. According to this argument, Venezuela is now enjoying the fruits of high oil prices and strong government spending.