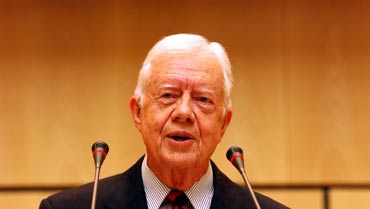 On September 20, 2005, when the former president of the United States Jimmy Carter spoke at the University of Washington, he stated, while answering a question made by a student, that he felt that Albert Gore had won the votes of presidential elections of the year 2000 at the federal level as well as in the state of Florida. Carter referred to the wrong functioning of institutions and the partisan decision of the Supreme Court.
This comment was made almost five years after the events. Carter and Baker presented recently an evaluation report of the American electoral system in which they suggest a group of reforms to ensure security of votes.