Last week the Venezuelan state oil company, Petroleos de Venezuela, or PDVSA, submitted its audited financial statements to the U.S. Securities and Exchange commission for 2003. The full 150 page document is here and can be read by anyone who wants to review PDVSA’s performance. 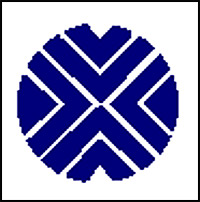 Now, financial statements of a state oil company may sound like something very dry and boring and indeed it can be. But there are a couple of important points that need to be made with respect to PDVSA’s SEC filing. These points shed light not only on the status of the oil industry in Venezuela but also on the nature of the Venezuelan opposition. Please be warned though, the post is heavy with numbers and is somewhat technical. But hopefully the reader can bear with me as the points gleaned from this analysis are important.

First it has been asserted quite frequently by the opposition that this financial statement would never be filed. The Chavistas running PDVSA were too incompetent to do it. Or there were so many irregularities in PDVSA that no outside auditing firm would sign off on it. And PDVSA was paying off all its debt issued in the U.S. so it wouldn’t have to file its SEC statement. These and many other assertions were made by the Venezuelan opposition. Well, now we can see, if there was really ever any doubt in the first place, what complete non-sense all of that was. PDVSA has met its commitments and shown is finances to be in order – and all signed off on by an affiliate of the big U.S. auditing firm KPMG.

Now, it is certainly true that this financial statement, which is from 2003, is quite late. Over a year late in fact. However, there were very extenuating circumstances (to say the least) that explain this. Lets remember that when 2003 began there was a strike involving PDVSA management wherein most of PDVSA’s managers and executives, including virtually its entire finance department. Worse still, the previous PDVSA management had outsourced the data and accounting functions to a company called INTESA which joined the strike and refused to turn over any finance records or computer systems even when ordered to by Venezuelan courts! Given this the extensive delays are understandable. However, PDVSA is catching up and claims that its 2004 financial statement s will be done by December of this year.

This brings us to the second, and very contentious, point – how much oil has Venezuela been producing. The Venezuelan government claims that they were able to rapidly recover after the strike and were able to resume produce at pre-strike levels of over 3 million barrels per day. The opposition has gone to great lengths to dispute this. They claim that Venezuela’s production has been limited to about 2.6 million barrels per day. This not seem like an large difference but given the high price of oil 400,000 barrels per day represents billions of dollars over the course of the year.

Further, after the strike failed and 18,000 opposition supporters found themselves out on the street without there highly paid jobs, they quickly reversed course and started clamoring to get their jobs back! Lastly, the production numbers were seen as a way to score anti-Chavez points – if the production was indeed 2.6 million barrels per day then the opposition could claim the Chavistas were too incompetent to restore production and that, morover, the government was lying about the true output of oil. For typical examples of this opposition propoganda the interested reader can check here and here , and for some very recent lying on this check this.

This dispute on production numbers has been raging for over two years now with no way for outside observers to resolve it – until now. Looking at the audited numbers from PDVSA’s SEC filing we can see what Venezuela’s production numbers were. Here is how it goes:

First on the top of page 21 of the audit they give PDVSA’s own average annual output: “In 2003, our crude oil production averaged 2,451,000 (including 122,000 attributable to our participation in the Orinoco Belt projects) with API gravity between 16 and 32 API.”

Now, 2.451 million barrels may look close to the 2.6 million barrels per day output number that the opposition has been throwing around. But remember, 2.451 milllion is NOT the total amount of Venezuela’s output – it is only PDVSA’s portion of it. There is oil produced by other companies in Venezuela, namely the extra heavy crude of the Orinoco Belt which is processed and turned into synthetic crude oil. In the main the oil produced in the Orinoco Belt is done by foreign companies who produce and sell the oil on their own.

Accordingly, most of that production, 455,000 barrels per day , is not counted in the PDVSA production numbers. So how much of the Orinoco Production needs to be added to PDVSA’s production to get the total national production? Simple. Its 455,000 minus the 122,000 already counted in PDVSA’s numbers as indicated in the above quoted sentence from page 21 of the SEC filing. That gives 333,000 in non-PDVSA Orinoco Production that needs to be counted to come up with Venzuela’s total production. So here is the total average daily Venezuelan production for 2003:

But there is another significant factor that needs to be taken account of. Remember, that the numbers given above are averages for all of 2003. But production was anything but consistent throughout the year. For the first three months production was significantly lower than during the remainder of the year due to the oil strike and its aftermath. How much lower? Well here is a graph from the Venezuelan planning ministry that shows the daily oil production numbers:

As can be seen the numbers are low during January, February, and March before normalizing in April. Looking at the graph Venezuelan production appears to be 1,000,000 barrels a day for January, 1,750,000 for February, and 2,750,000 for March. So if those are the numbers for the first part of the year, and note they are way below the yearly average, what would the average production have to be for the rest of the year to give the 2,784,000 barrels listed in the financial statement? To come up with that I played with the numbers in a spreadsheet and this is what I got:

Add all that up and dividing by twelve gives an average production for the whole year of 2,783,000 barrels per day. But to get that average of 2,783,000 we had to assume that daily production was 3,100,000 from April on. So this means that for the latter part of 2003 was 3,100,000 barrels per day – which is precisely what the government said it was. In fact, look at the above graph again and you’ll see that is the production shown for those months by the graph again.

So there we have it. A close analysis of an AUDITED financial statement sent to the U.S. Securities and Exchange Commission confirms that the Venezuelan government has consistently been telling the truth about this and it is the Venezuelan opposition that has been consistently lying. Wouldn’t it be nice to see some acknowledgement from the opposition blowhards on the internet who have consistently peddling the opposition’s bogus numbers? Francisco Toro, Gustavo Coronel, Miguel Octavio – apologies will be accepted. But given their track record of indifference to the truth I won’t hold my breath waiting?

A couple of other notes on this subject. First, I have almost exclusively discussed Venezuela’s production statistics. For those interested in the financial numbers presented in PDVSA’s report I highly recommend the article by Oliver Campbell which covers that subject well. You will also observe in that article that he notes Venezuela’s oil production is clearly over 3 million barrels per day.

Lastly, one problem with this highly informative financial report is that has only been published in English. It has to be written in English given that it is filed in the United States. Nevertheless, this is information that should be widely available to the owners of PDVSA – that is the 26 million citizens of Venezuela. To accomplish that this report needs to be made available in Spanish. That is something PDVSA should not delay in doing.