President Hugo Chavez said Venezuela will gain much more from closer links to Mercosur than to the Community of Andean Nations, or CAN. "Venezuela has nothing to gain from the current Andean Community, nothing," said Chavez. 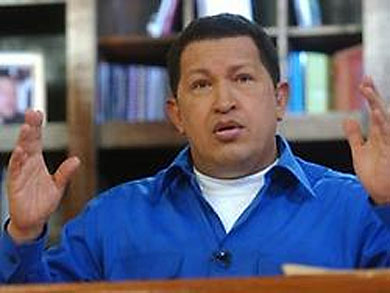 Speaking during yesterday’s screening of his weekly TV show Alo Presidente, Chavez said, "What is our path? Mercosur." The Venezuelan President said that although the situation might change in the future, at present CAN goes against Venezuelan foreign policy because of the way, "some countries in CAN are trying to negotiate free-trade agreements with the US."

Chavez is a strong critic of free trade with the US. The Venezuelan President claimed that he, "buried," the US-led Free Trade Area of the Americas Agreement, or FTAA, at the recent Summit of the Americas. The other countries at the Summit who opposed the agreement were Brazil, Argentina and Uruguay, who make up the permanent members of the Mercosur trading bloc.

Venezuela will become a full member of Mercosur next month. Mercosur is a South American trading bloc, based on the principles of free trade. What is different about it is that it does not include the US. Last night Chavez said, "We have always been clear that we are strongly for the integration of the countries of the South."

Venezuela drew closer to Cuba, a US enemy, over the weekend, by holding the 10th meeting to expand cooperation and integration between the Caribbean countries. Venezuela and Cuba’s Deputy Foreign Ministers met to confirm a joint "Plan of Action" for the next two years.

The meeting was held to help put into practice the Bolivarian Alternative for Latin America, or ALBA. ALBA is Chavez’s alternative to the FTAA. According to the Venezuelan President,ALBA is based on solidarity between nations, not free trade, as is the case with the FTAA.