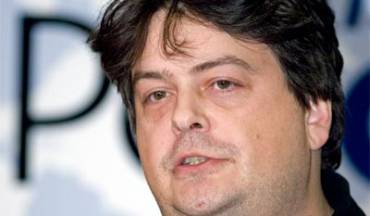 “I quit the British secret service when the MI6 decided to fund Osama bin Laden’s partners” – stated David Shayler at the Axis for Peace International Conference, organized by the Voltaire Network on November 17-18, 2005 in Brussels. “I tried to ring the alarm but it was me who was sent to prison”. As an agent of the counterespionage service of Her Majesty the Queen of England (MI5), David Shayler revealed at the end of the 1990’s the MI6 funding of a terrorist cell in Libya to kill its leader Muammar Khadafi. The project failed when another vehicle than Khadafi’s exploded, causing other people to die. Later on, Shayler was incarcerated in France at the request of the British authorities due to the inability to extradite him legally for having breached the Official Secrets Act. The book recounting his story is prohibited on British territory. Shayler delivered a very remarkable speech at the Axis for Peace Conference by explaining that most terrorist actions attributed to Al-Qaeda are actually organized by the US-UK secret services, essentially the British one, with the aim of making their countries go forward. He also talked about the important presence of Muslim fundamentalist factions in the UK because this is precisely what has allowed the secret service to have them infiltrated and handled. “That terror is arranged by the MI6 and the CIA”, he said.