Yvonne Trías: “In Uruguay, my newspaper was accused of anti-Semitism for having criticized Israel’s policy” 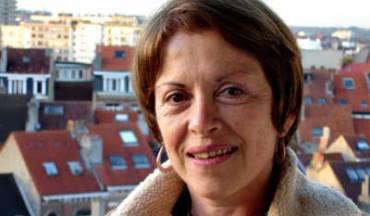 During the Axis for Peace International Conference , the director of the Uruguayan weekly Brecha, Yvonne Trías, expressed her indignation for anti-Semitism accusations against intellectuals who oppose Israel’s policy towards the Palestinian.“They added my name on a black list of people described as ‘ant-Semites’ by a Jewish intellectual”, regretted the director of the Uruguayan Left’s Major Weekly newspaper, during the meeting organized by Voltaire Network on November 17 and 18, 2005 in Brussels. “In Uruguay, my newspaper has been accused of anti-Semitism because it criticizes Israel’s policy. The publication has been subject to a huge denigration campaign. We have been labeled as ‘anti-Semites’ and even as ‘negationists’. We have been subjected to much pressure since the campaign was launched. We received an avalanche of email messages. Some readers announced that they would cancel their subscriptions. Left wing people came to try and persuade us that we should renounce our position. Describing everything as anti-Semitism is a serious action that makes the fight against true anti-Semitism an inefficient struggle.”
Brecha, the only Latin American media outlet without a sponsor, chooses its policy by the vote of its staff. Yvonne Trías was a political prisoner under the military dictatorship in Uruguay (1973-1985); later she was a municipal adviser to the Frente Amplio organization in Montevideo. She is also vice-director of the Union Latina in Montevideo and founder of several media networks in the country.

Source : “Yvonne Trías: “In Uruguay, my newspaper was accused of anti-Semitism for having criticized Israel’s policy””, Voltaire Network, 24 November 2005, www.voltairenet.org/article131478.html

Remarks by Tabaré Vázquez to the 64th UN General Assembly

Source : “Yvonne Trías: “In Uruguay, my newspaper was accused of anti-Semitism for having criticized Israel’s policy””, Voltaire Network, 24 November 2005, www.voltairenet.org/article131478.html