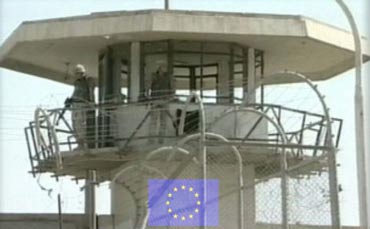 The European governments, which multiplied their demands for an explanation after their “discovery” of CIA secret prisons in their own territories, have rarely been happy about the evasive answers of Condoleezza Rice.

The fact is that the Secretary of State has given them a compromising document: the hardcopy of the joint meeting of the Council of Ministers of Justice and Internal Affairs of the European Union and representatives of the US Department of Justice, held in Athens on January 22, 2003. Such secret document entitled New Transatlantic Agenda includes various commitments to align the European legislations with the US Patriot Act. It can be noticed in the document that the Europeans have authorized “the increased use of European transit facilities to support the return of criminal/inadmissible aliens” In short, the “flights of torture” and the CIA secret prisons in Europe were authorized with full knowledge of the cause and in writing.

The Voltaire Network had already expressed in its columns its views on how Nicolas Sarkozy and Dominique Perben had adapted the French legislation to the American demands (see “La Loi Aschcroft-Perben II”» and “La France autorise l’action des services US sur son territoire”). Our revelations were not heard by then and were even labeled as “excessive” by a magistrate’s trade union.