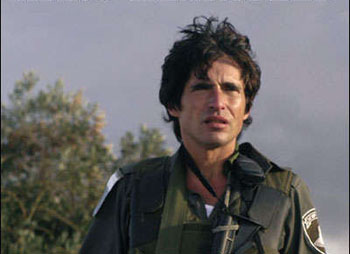 The controversy that shook France and Algeria due to a French law passed on April 23, 2005 which recognized the «positive role» of colonization and the subsequent publication of Claude Ribbe’s work on Le Crime de Napoleon that re-established slavery in the West Indies triggered a profound debate about the political role of the historical developments we have experienced.

That is why, the president Jacques Chirac indicated that the Parliament should not define history through a law and urged later his friend Jean Louis Debré, president of the National Assembly, to think about the issue. Nevertheless, such stance implicitly implied questioning the «Gayssot Law» that repressed the denial of the Hitlerian final solution.

Very quickly, the Minister of Interior, Nicolas Sarkozy, who at the same time is also the personal enemy of president Chirac and the main pro-Israeli element within the government, appointed a «wise person» to conduct a «profound study on the law, the history and the duty to remember»: the lawyer Arno Klarsfeld.

Instead of obtaining a consensus, such appointment would further increase confusion and strengthen the amalgam between repression of negationism and praises of colonization like the hierarchy established in massive massacres depending on the victims’ identity. In fact, the new «lawyer of memory and truth», as indicated by the Minister, is a supporter and player of colonization of the Middle East.

He joined the border guards of the Israeli army in 2003, a unit that was involved in the illegal occupation of Palestinian territories.

The Israeli-French lawyer recently stated about the Gaza Strip that: “People talk about colonization, but do Israelis make profits out of the raw materials extracted by exploited nationals from a land as France did in Algeria or New Caledonia, or Great Britain in India or Portugal in Angola?” (Le Monde, August 30, 2005).

Arno Klarsfeld not only supports the colonization of Palestine, but also that of Iraq.

Bellow, there is the full-length version of the open forum issued on Le Monde edition dated February 12, 2003.

SUPPORTING THE WAR
by Arno Klarsfeld

I support the war on Iraq because if Saddam Hussein had a nuclear weapon which he is trying to get by all means, he would immediately use it against Tel Aviv to destroy the Israeli State and would hand it over to terrorists to blow up New York.

I support the war on Iraq because it is extremely important for democracies to impose democracy upon the Muslim world by force, as the allies did in Germany and Japan.

I support the war on Iraq because peace between Israelis and Palestinians could only be the result of a total victory upon terrorism and the beginning of democratization of the Arab world.

I support the war on Iraq because aggressive and expansionist dictatorships such as that of Saddam Hussein resolve their external conflicts in the same way they do with the internal ones: through violence. There cannot be a true alliance among them and democracies.

I support the war on Iraq because France should form a block with a nation that enabled it winning the First World War, and not become a Nazi country. It should be on the winners’ side at the end of the Second World War and avoid being subjugated by the Soviet imperialism.

I support the war on Iraq in the name of human rights because Saddam Hussein is also the executioner of his people and Kurdish people, and has sowed police terror so effectively that a popular overthrow or even a coup d’état seem impossible, except for a unique situation such as a war.