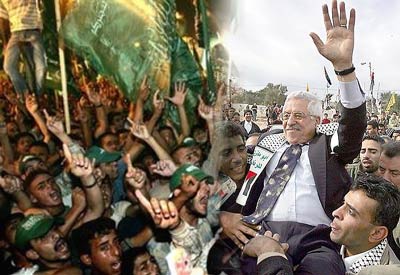 The Bush administration is promoting its concept of democracy in Palestine. Worried about Hamas’ popularity, the US government decided to subsidize Fatah to help it win the legislative elections.

The USAID, main “humanitarian” agency, funded Fatah’s campaign with 2 million dollars, an amount that cannot be compared to the means of its main opponent. This budget will be for the establishment of mutual aid services of Fatah compared to those of Hamas, which provides the population with an effective service. Washington hopes to compensate then the fragile social policy of Fatah in the exercise of power.

“We do not support any party. But we do not back the parties that appear on the terrorist list. We are here to ensure the democratic process.”, said James A. Bever, director of the USAID in the West Bank and the Gaza Strip.

Described as a terrorist organization by the United States and Israel, Hamas has been sabotaged during the electoral process when the Israeli government demanded the Palestinian Authority that the armed resistance movement should not be involved in the elections and launched at the same time a campaign of arrests and assassination of its main leaders.