The case of the false Cuban political exiles

During the World Social Forum of Caracas, Salim Lamrani used the Cuban example, which he has thoroughly studied, to show how the alternative media can act against the lies of US propaganda. That is possible to achieve by mobilizing the means necessary to carry out comparative research to place the facts in their context. 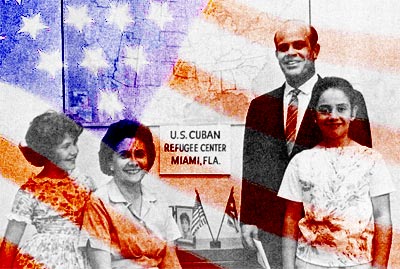 Thanks to the control achieved by information transnationals , the world elites imposed on humanity a vision of reality that is very limited to a given ideological framework. These set doctrine barriers aimed at marginalizing any alternative thinking that may question the good reasons of the current world order. That is, the role of the media is not that of providing the people with objective information but defending the social, economic and political order that has been set using effective means such as propaganda, disinformation and censorship.

The role of the alternative media consists of being a barrier against the manipulation of reality. There is a classic example that should be studied in all research centres that study disinformation due to its unimaginable level of sophistication. It is the case of Cuba, unique given the huge difference between the ideological image portrayed by western media outlets and the reality of that country. The media intoxication of the Cuban issue is so effective that it has even contaminated progressive sectors of the developed world.

The case of Cuban immigration into the United States

Although there are many examples, one is enough to show the level of disinformation organized by international media outlets. The migratory argument is frequently used to stigmatize the Cuban revolutionary process. It is said that the “large” number of Cubans who have emigrated to the United States is evidence of the lack of legitimacy of the Cuban government.

Most international media outlets use this argument without really analyzing the phenomenon. Oddly enough, statistics about Cuban immigration into the United States from 1820 to 2003, that is, more than 18 decades, are available [1]. Then, why don’t they base their assertion about Cuban immigration on accurate comparative figures between the pre-revolutionary period and today? What principle is being used to renounce a comparison between the Latin American and Cuban migratory phenomena in order to clarify this controversial debate?

The international media carefully avoids a detailed analysis of the Cuban immigration into the United States. Certainly, of course, they are afraid that their conclusions drawn from US immigration data may contradict their assertion and may bring to light its deceitful and ideological nature.

Before the overthrow of dictator Fulgencio Batista in 1959, the flow of immigrants from Cuba to the United States was bigger than that of Central and South America together. Cuban immigration was even more important than that from Africa and Oceania combined and higher than demographic giants like China, India, Iran, Turkey, Pakistan and Indonesia. 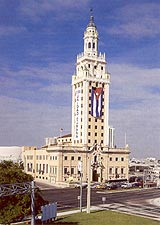 In 1966, the US Congress passed the Cuban Adjustment Act that grants permanent residence to any Cuban citizen who arrives in the United States legally or illegally. This law aims at encouraging illegal migration using it as a political weapon against the Cuban government. This law is also accompanied by a brutal economic war implemented by the United States against Cuba since 1960 and which greatly affects the population and is another factor that encourages illegal migration.

It is important to make a stop in 1993. It was the worst moment of the Special Period. In effect, in 1991, when the Soviet Union collapsed, Cubans were still able to, to a certain degree, benefit from their trade with the Eastern bloc. In 1992, the national reserves allowed them to solve the first problems. But, in 1993, there was nothing left.
It would not be a surprise to find out that 1993 was a year of massive immigration into the United States, given the geopolitical and economic situation that Cuba had to face. However, that was not the case. In effect, there were only 13,666 immigrants in 1993 compared to 17,156 from Canada, 17,241 from Jamaica, 26,818 from El Salvador – the double – 45,420 from the Dominican Republic – triple – and 126,561 from Mexico, that is, ten times more than from Cuba. That means that in 1993 Cuba occupied only the sixth place among Latin American countries as to immigration into the United States.

As to 1994, it was an important year due to the wave of «rafters», name given to the Cubans who tried to emigrate using rafts or improvised boats. Those events were widely spread and politicized by the international media to the extent that they were giving the impression that all Cubans were trying to leave the island. What was the reality?

Politicization of the migratory issue

Oddly enough, the other nations’ migration has never been given a political nature. For example, in 2003, El Salvador, a country of 5,75 million inhabitants – half the population of Cuba – had three times more immigrants into the United States than Cuba. However, nobody has ever used this element to accuse the Salvadoran government of being totalitarian. Similarly, the Dominican Republic, with only 8,5 million inhabitants, also had three times more immigrants than Cuba. Jamaica, with barely 2.6 million inhabitants, that is, four times less than Cuba, had more illegal departures to the United States than Cuba, like also Haiti, which has a population of 6.8 million inhabitants. And let us add that in the case of the countries mentioned above, there is not any US adjustment laws and that they are not suffering any economic sanctions. In spite of that, nobody has dared to use the argument of migration to describe the authorities of those countries as dictatorial regimes.

All this shows that the migratory argument is not valid in trying to present Cuba as a country whose people are trying to flee. In spite of everything, the western media continues to use it, thus showing that they only aim at ideologically stigmatizing the country.

Intervention in the World Social Forum on January 27, 2006, about the role of alternative media in the preservation memory.

France chooses the path of austerity