Last week, the Venezuelan Minister of Petroleum and Energy, Rafael Ramirez, declared that the International Energy Agency (IEA) has recognized that Venezuela is extracting over 3.0 million barrels of oil per day. 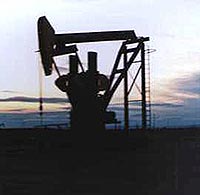 This revised figure would be a tremendous coup for the Venezuelan government, which has been maintaining that production is at 3.3. million, not the 2.6 million barrels per day that the opposition and international oil analysts have claimed. While a special section of the IEA’s March 2006 report indeed indicates that in 2005 oil production was close to 3.1 million barrels per day (mbpd) in 2005, all recent IEA monthly reports still indicate a crude production of only 2.6 to 2.7 mbpd. The reason for the lack of consistency in the reporting appears to have its roots in what types of oil are counted and what are not. Ramirez, in an interview with Union Radio last week, stated that the 3.3 million barrel statistic includes 600,000 barrels of extra-heavy crude a day currently being extracted from the Orinoco Oil Belt, which had not been previously included. According to Union Radio, Ramirez added that the Orinoco oil production, combined with the previous production of 2.6 million equals the officially stated figure of 3.3 mbpd.

There are several different types of crude or derivatives, such as condensates, natural gas liquid, synthetic crude, and Orimulsión. Venezuela’s official statistics generally include all of these, while oil analysts’ reports often do not. Part of the confusion about whether or not to include these comes from the fact that Venezuela has in the past few years been steadily increasing its production of non-conventional crude. For example, while Venezuela produced only 125,000 barrels of synthetic crude per day in 2001, it is now producing over 500,000 barrels per day (according to the IEA). In the middle of this transition was the opposition promoted oil industry shutdown, which temporarily ground all oil production to a halt in early 2003. When production was re-started again in mid 2003, opposition leaders pointed to the lower conventional crude production and argued that Venezuela was producing far less oil after the shutdown than it did before.

Venezuela’s Orinoco Oil Belt reserves, where the extra-heavy crude is turned into synthetic crude for easier transport, have also not been counted as part of its total proven oil reserves, which OPEC currently officially estimates at 80 billion barrels. If included, Venezuela would have 315 billion barrels of oil, the largest reserves of any country in the world. Increasingly, as the price of oil is reaching new highs, it has become much more profitable to extract the extra-heavy crude than it used to be and to turn it into synthetic crude. As extra-heavy crude production becomes more profitable, it makes more sense to consider this type of production a competitor to regular crudes and thus part of Venezuela’s total oil reserves and of total oil production.

According to the March IEA report, “This Report will henceforward include Orinoco heavy crude production in its estimates of Venezuelan monthly crude supply… It is hoped this will bring the Report more in line with standard industry practice and contribute to oil market transparency.”

As a result, on March 24, the Venezuelan state oil company, PDVSA, issued a press release entitled, Secondary Sources Recognize Total Recuperation of the Venezuela Petroleum Industry, which reads: “The total recuperation of the Venezuelan petroleum industry is recognized by international organizations from the world energy sector, like the International Energy Agency (IEA), secondary source that admits, for the first time, that the national production is in excess of 3 million barrels daily, and also includes in its totals the volumes of crude extracted from the Orinoco Petroleum Belt.”

However, the May IEA Oil Market Report, released this past week, still only reflects crude production of 2.6 mpbd, which, according to the report, also includes Orinoco oil production.

According to the May report, Venezuelan target crude production, based on Venezuela’s OPEC production quota, is set at 3.22 mbpd, of which the reports says Venezuela is only producing 2.63 million barrels (including Orinoco production). The IEA reiterates this when the May report clearly states, “Venezuela, Indonesia, Iran and Nigeria are currently unable to match target output levels.”

However, according to OPEC’s last annual figures, in its 2004 Statistical Bulletin, Venezuela produced 3.1 mbpd in 2004, just 100,000 barrels short of its OPEC quota. In a phone interview on Friday, with Lawrence Eagles, head of the IEA Division for Oil Industry and Markets, Mr. Eagles confirmed that the IEA numbers presented on Friday in their May report are their most up to date figures and that there is no other information that may have been passed on to the Minister. “We publish all our numbers,” he said.

While Eagles could not comment on Ramirez’ remarks, he said that to his knowledge, Venezuela is currently producing 2.9 million barrels per day (2.6 mbpd of crude, plus another 300,000 bpd in “non-conventional” oil production). He added that he realizes that “there is a discrepancy with the figures that are published by Venezuela. We have spoken with them, and we are open to meeting.”

Venezuela’s total petroleum production, according to the IEA, is the sum of total crude production plus other “non-conventional” outputs such as Orimulsion and natural gas liquids (NGL), which in Venezuela, can account for a sizeable amount of oil production. (currently over 300,000 barrels per day). For the IEA, this month, this means the difference between producing 2.6 mbpd and 2.9 million. Ramirez’s declaration about Venezuelan IEA production estimates come just days after renewed criticism from the opposition, such as ex-PDVSA President Luis Giusti, with regard to Venezuela’s decision to raise taxes on oil companies operating in the country, and of the direction of the Venezuelan oil industry.

“What we are seeing is that in Venezuela, the outlook for increases in the future, are starting to go up in smoke and what we see is rather a petroleum industry in contraction, that the day the prices change, the situation is going to be evident once and for all for everyone,” he continued.

He added that the current productive capacity of PDVSA remains hidden because of the transnational corporations that are producing at least 1.1 million barrels of crude per day.

As if in response, during his Union Radio interview on Wednesday, Minister Ramirez declared, “The statistic that we are producing 1.5 million barrels is absurd. If we run the numbers of the income, the contributions to the weekly finances that we do, anyone can deduce the 3.3.”

Nevertheless, not even PDVSA believes that all of the 3.3 million barrels are being produced without the support of foreign companies. That is, PDVSA’s own reports, such as its just issued quarterly magazine, Siembra Petrolera (“Sowing the Oil”), states that transnationals, via joint ventures produce 1.1 million barrels per day, of which about 500,000 are conventional crude and about 600,000 are non-conventional crude, which is turned into synthetic crude. PDVSA’s own production (without joint ventures) are thus at 2.2 million, according to PDVSA.

On April 1st a new law went in to affect mandating that all foreign oil companies form joint ventures with PDVSA in order to continue operating in Venezuela. PDVSA has an average participation of 63% in the joint ventures of conventional crude. The Venezuelan National Assembly recommended last Thursday that the state acquire majority shares in the Orinoco Oil Belt joint ventures too.

How and Why Venezuela’s Opposition Imploded