International of Torture: The Documents the Crown Would Like to Censor

The United Kingdom Foreign and Commonwealth Office (FCO) has forbidden Craig Murray to publish documents he obtained under the Freedom of Information Act and Freedom of Data Act, which clearly show the responsibility of the Crown in the International of torture. Having not dared resorting to military censorship, the Blair government has claimed copyright on the official documents in order to block their publication. This manoeuver is of course a breach of the international commitments of the United Kingdom of Great-Brittain and Northern Ireland. Indeed, Article 10 of the European Convention on Human Rights and jurisprudence of the Strasbourg Court of Justice state that freedom of speech prevails on any other consideration and cannot be restrained by State imperatives. By bringing its support to Ambassador Murray, the Voltaire Network has decided to bypass censorship of Her Majesty and publish the documents. It calls for all other information websites to do the same. 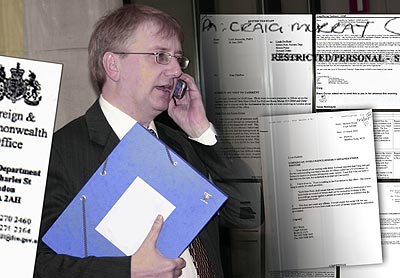 In publishing "Murder in Samarkand" I had wanted to publish the supporting documentation in the book to coroborate my story, especially as the FCO is claiming that the story is essentially untrue. In that sense, perhaps the most interesting link in the documents below is the very first document, which is a table of detailed amendments the FCO insisted be made to the text. This is fascinating if you consider just how much it confirms was true, particularly in the conversations it refers to between officials.

Many of the other documents I managed to have released under the Freedom of Information Act or Data Protection Act. I was astonished when the FCO announced that they would still take legal action against me if I published them. They argue that - and this astonished me - even if a document is released under the DPA or FoIA, it is still copyright of the Crown and so cannot be published. I was even more amazed when the lawyers of the publisher said that this was probably true, and certainly could not be fought without potentially a million pound legal case.

It appears that, among so many attacks on civil liberties in recent years, the Blair government has managed to administratively negate its own Freedom of Information Act. Robin Cook must be spinning in his grave.

Net posting is not breaching copyright because there is no charge to access the documents. This site may, of course, be subject to technical attack, so I would be grateful if those who can mirror these documents on their own sites, do so.

These are contemporary documents from my time as Ambassador in Uzbekistan. They do I believe include the real smoking gun on Britain’s, and the CIA’s, use of intelligence obtained by torture abroad. They also show the FCO getting increasingly angry with me over my being "over-focussed on human rights", rather than building good relationships with Karimov, our ally in the War on Terror. 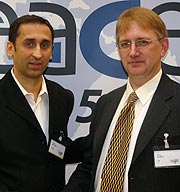 They do not give a smoking gun that proves that the allegations brought against me, of which I was eventually cleared, were trumped-up and motivated by a desire to get rid of me for policy reasons. Being internal FCO documents, they are written to maintain the facade of a proper disciplinary investigation. You need to be prepared to read between the lines - and read the book!

"Murder in Samarkand" on Amazon

List of some other websites that published the documents

Source : “International of Torture: The Documents the Crown Would Like to Censor”, Voltaire Network, 11 July 2006, www.voltairenet.org/article141849.html

Tashkent turns to Moscow : Uzbekistan no longer has a choice.

US Switching From Afghanistan to Central Asia

“A barrier to Islamic evil”

Source : “International of Torture: The Documents the Crown Would Like to Censor”, Voltaire Network, 11 July 2006, www.voltairenet.org/article141849.html