In view of political deadlock


What should U.S. do in Lebanon?

For Marlin Dick, the former editor in chief of Beirut Daily Star, the United States are wrong to envisage the Lebanese policy as an opposition between pro and anti-Syrian groups. The fundamental problem is of a socio-political nature: No solution can be found as long as the Shiite majority will not be properly represented by the institutions. 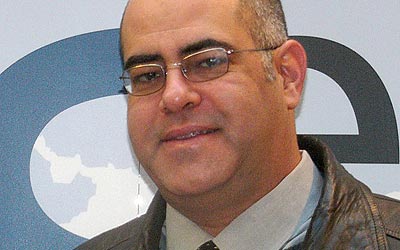 Nearly two years ago, I wrote that Lebanon was a divided country after the assassination of former Prime Minister Rafiq al-Hariri. Then, the dramatic "Cedar Revolution" was ending Syria’s direct control of its neighbor and a round of already-scheduled parliamentary elections was on the way, expected to cement a new political order.

I expected that Lebanon would remain divided on issues such as relations with Syria, since some political groups were close to Damascus and opposed those groups pushing for justice in Hariri’s killing through a UN-administered investigation and trial (many people think Syria was responsible for the murder but the investigation has not proved this).

The pro-Syrian groups have been suspicious about the call for "justice" and want to block what they see as a plan for U.S. domination of Lebanon and the region. Leading this "pro-Syrian" group is Hezbollah, labeled by the U.S. as a terrorist organization. Today, the U.S. is demanding Hezbollah’s disarmament, but this could lead to civil strife. Even some of our allies in Lebanon don’t want this to happen by force.

We keep calling Hezbollah terrorists, but over the past 20 years, the party has been steadily moving toward traditional politics — it entered the Lebanese Cabinet in 2005 after its fourth consecutive good showing in parliamentary elections.

Two years ago, I wrote that Lebanon was likely to remain divided despite the "Cedar Revolution." Beirut is in the grip of this deadlock and a solution looks unlikely. Thousands of people from Hezbollah and various allied movements, including the leading Christian politician (and former general) Michel Aoun, have been camped out in downtown Beirut for more than a month, demanding the fall of the pro-Western government.

On one level, this dispute is socio-political and is not a conveniently sectarian conflict. The latest news is that the CIA is funding non-violent ways to help prop up the government of Hariri’s friend and finance minister, Fouad Siniora.

What should the U.S. be doing?

The conflict between the pro-government group called 14 March and the opposition 8 March group, led by Hezbollah, is playing itself out in a struggle for seats in a new Cabinet. But a compromise will only produce more paralysis. The Cabinet will, in effect, become another Parliament, where everyone is represented and people disagree on policy.

As politicians accuse each other of doing the bidding of foreign powers, they ignore Lebanon’s real problem: demographics. Like it or not, the U.S. can’t forget the past: from 1975 to 1990 the civil war prevented any formal development of the political system, which is based on a one-time census in 1932 that gave Christians a slight edge.

In 1989-1990, with the blessing of countries like the U.S. and Saudi Arabia, Syria evened out this complicated arrangement between Christians and Muslims, but 15 years of Damascus’ tutelage didn’t see an adjustment. People could always blame chaos or foreign control for the lack of political development, but the Syrians are now gone and Lebanon is in stalemate.

For many supporters of the sectarian political system, there is a problem: the Shiites are now as numerous as the Sunnis but have less formal power than either them or the Maronite Christians. The Shiites are represented mostly by Hezbollah and its ally Amal, and they want a say in the country’s direction. If Hezbollah is Israel’s enemy, that doesn’t necessarily make it ours. If we really had a problem with terrorism we wouldn’t have worked with the government of Lebanon, in which Hezbollah was represented until late last year, when its ministers resigned.

Hezbollah gave up its quest for an Islamic republic long ago and has embraced the Lebanese equivalent of traditional, baby-kissing politics, enjoying wide support among Shiites and some members of other communities. It also reserves the right to use force to liberate a remaining sliver of Israeli-occupied Lebanese territory and release detainees held by Israel — the international community and UN resolutions never helped end earlier Israeli occupation or free detainees, leaving no option other than military force — and for many years we have seen the rather traditional practice of holding POWs and demanding trades, which have gone smoothly.

Hezbollah is also allied with Aoun and other groups, meaning many Christians are with the opposition. In any case, this group believes it represents more than half of Lebanese and recently fielded the country’s largest-ever public rally. It is calling for early elections because it thinks it can win (in 2005, Hezbollah and the Aounists were not electoral allies).

Washington can pressure Hezbollah and Lebanon all it likes, but this won’t produce a solution unless the political system is reformed to accommodate the Shiites. Iraq couldn’t ignore its plurality Shiite population, and Lebanon can’t ignore its largest community either.

Lebanon’s first and only census was in 1932; perhaps there can be another one before 2032. A census and a re-apportionment of power, whether through a sectarian or non-sectarian system, will not destroy Lebanon, but can only make it stronger.

What will happen to Lebanon’s Christians? If the U.S. encourages a smooth transition, the Christians will probably emigrate less than they have during the past 80 or so years, when they did so in large numbers under Lebanon’s rigid, backward-looking sectarian political system.

Marlin Dick, who grew up in Fowler, is a freelance writer and journalist who has lived in Lebanon the past ten years.

Marlin Dick: It’s time for U.S. to get out of Iraq