Brzezinski: Iran response to US improper 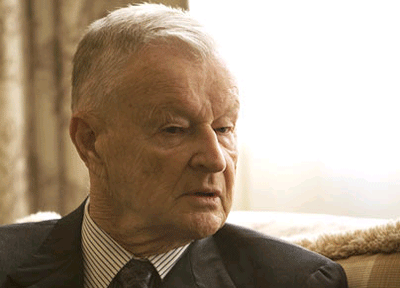 Former US national security adviser Zbigniew Brzezinski claims that Washington is one step ahead of Tehran in resuming the frozen bilateral ties.

In a Friday interview with Press TV, Brzezinski, an aide to former US president Jimmy Carter said, while Washington has approached Tehran with apparent ’overtures’, the Islamic Republic has failed to provide the ’proper response’.

Last month, US President Barack Obama offered Tehran a ’new beginning’ to turn back the tide on three decades of mutual animosity. The two states ended all relations in the aftermath of the 1980 US embassy takeover in Tehran.

The initiative drew praise from the international community with many countries hoping it could pave the way for a US-Iran reconciliation.

Tehran, however, said the mere change of ’tone’ was lacking in substance saying it would wait for indications of ’real change’.

"They use the slogan of change but in practice no change is seen... We haven’t seen any change…. Did you lift the sanctions? Did you stop supporting the Zionist regime? Tell us what you have changed. Change only in words is not enough," The Leader of said the Islamic Revolution, Ayatollah Khamenei on March 21.

Brzezinski, on the other hand, believes that if the Iranian authorities insisted on seeing change in the American policy, "they are failing to see something important that has already taken place."

"In diplomacy, in international affairs tones are very important. Abusing, accusing, insulting are sometimes also negotiating methods. But the intent, then, if it is conducted by intelligent people who know what they are saying is obviously to prevent negotiations. You can operate that way either if you are stupid or if you are very very Machiavellian," he added.

He dubbed the current situation ’a recipe for stalemate’ where the two sides were just "pointing fingers at each other."

He, however, conceded that simply ’begging or pleading’ could not be counted upon as the basis of a relationship. "If there is a genuine interest and a mutual accommodation, actions, as well, as words have to be reciprocal."