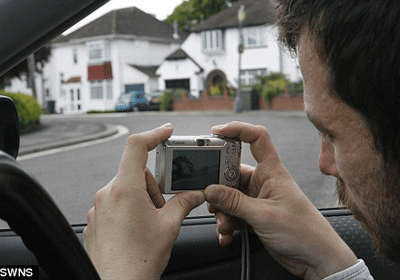 Children as young as seven are being recruited by councils to act as ’citizen snoopers’, the Daily Mail can reveal. The ’environment volunteers’ will report on litter louts, noisy neighbours - and even families putting their rubbish out on the wrong day.

There are currently almost 9,000 people signed up to the schemes. More are likely to be recruited in the coming months. Controversially, some councils are running ’junior’ schemes which are recruiting children.

After basic training, volunteers are expected to be the ’eyes and the ears’ of the town hall. They are given information packs about how to collect evidence, including tips about writing down numberplates, which could later be used in criminal prosecutions.

Volunteers are given a list of things to do when confronted with fly-tippers, including taking photos ’without being seen’.

Last year the council undertook a recruitment drive for youngsters aged nine and above, called Junior Eyes. Children are given special books to write down reports on littering or graffiti in their schools, which they then send to the council.

A spokesman for Islington town hall said: ’It’s not possible for the council to see what’s going on in the borough at all times, so our Eyes for Islington are a great help, reporting issues such as dangerous footpaths, fly-tipping and graffiti.’

Welwyn Hatfield Council in Hertfordshire has given its 13 volunteers handheld computers to take photographs of problem areas. The information is then uploaded to a map of trouble spots.

Overall, a total of 8,442 volunteers have signed up at 17 councils in England. Other councils are set to follow their example and set up their own networks of volunteers. They say the scheme helps them find out about problems which they might not know about otherwise. But critics are worried the schemes could easily be abused and encourage a ’Big Brother society’.

The move comes as local authorities dish out £100 fines to householders who leave out too much rubbish or fail to follow recycling rules. Matthew Elliott, chief executive of the TaxPayers’ Alliance, said: ’Community spirit is one thing, spying on your neighbours is quite another. ’It is the job of the police to maintain law and order, and there is no reason taxpayers should have to pay twice for the same service. ’People are sick and tired of being spied on by their councils and in a recession we simply cannot afford luxuries like handheld computers at a time when the most basic public services are being scaled back.’

The Welwyn and Hatfield scheme is run by waste collection and environmental contractor Serco, which hopes to recruit more volunteers this summer. A spokesman for the council said: ’Welwyn Hatfield Borough Council and its project partner Serco do not conduct any surveillance of residents in enforcement of environmental crimes, and neither do the community champions that have volunteered.’

Serco said other councils were keen to introduce its handheld computers, although many areas are conducting similar schemes using more low-tech methods. For example, Hillingdon Borough Council in north London, which has recruited 4,800 volunteers from the age of 16 in the past 18 months, simply gives its ’Street Champions’ pens and a folder of contact details.

A spokesman said: ’Street Champions themselves have confirmed that it is not a scheme where people are asked to spy on neighbours. Street Champions are asked to act just as any other resident might to report issues in their local area.’ The spokesman added that two brothels had been closed down this year as a result of reports.

In North Devon, where trial schemes are currently under way, some of the volunteers have helped the police close down a drug den by giving witness statements. However, the controversial pilot schemes have been dropped in a number of areas including Stoke -on-Trent in Staffordshire and Tower Hamlets in east London.

A spokesman for the Local Government Association said: ’Environment volunteers are people who care passionately about their local area and want to protect it from vandals, graffitists and fly-tippers’.

’These community-spirited residents are not snoopers. They help councils cut crime and make places cleaner, greener and safer.’