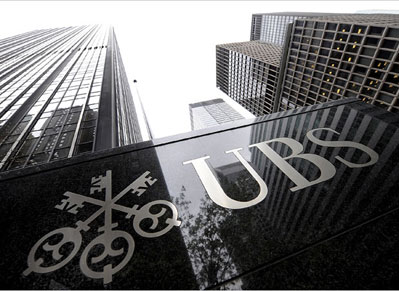 The governments of Switzerland and the United States have reached an agreement in principle on the major issues in their tax evasion dispute involving Swiss bank UBS.

US district judge Alan Gold agreed to cancel a trial that was supposed to begin on Monday into a demand for the confidential information of 52,000 UBS clients.

Gold had already delayed the case three weeks to allow all parties to reach an out-of-court settlement.

"I’m reporting to the court that the parties have reached an agreement in principle on the major issues. There are some other issues that need to get resolved and we expect to be able to resolve them during the coming week," Stuart Gibson from the US justice department said on Friday.

"The parties ask the court to continue the hearing until August 10 and to schedule another phone status conference for next Friday, August 7, at which we hope to report a final agreement."

The US authorities earlier this year demanded the confidential UBS client data after the Swiss bank admitted some of its employees had actively helped US citizens illegally evade taxes.

But the Swiss government maintains that this would break banking secrecy laws and has vowed to prevent such a transfer of information.

UBS already paid a $780 million (SFr845 million) fine in February and handed over the details of around 250 clients, but final prosecution was deferred.

Reaction Martin Naville, CEO of the Swiss-American Chamber of Commerce, welcomed the agreement.

"It’s extremely important, first for UBS and the banking system and the world economy because UBS plays such a crucial part that any destabilisation of UBS would be really negative," he told swissinfo.ch.

"Second, because without such an agreement the otherwise excellent relationship could take a real hit. It could somehow have dire consequences on the double taxation agreement, the tax haven legislation and so on."

"It’s important that the dispute could be settled out of court," said Finma spokesman Tobias Lux, who declined to make further comment while the details remained unknown.

Market analysts have been waiting expectantly for a conclusion to the case, with uncertainty dragging down UBS business. The bank has suffered major withdrawals from its prize wealth-management business as rich clients baulk at the idea of their details being handed over to tax authorities.

The news comes on the same day that US Secretary of State Hillary Clinton and Swiss Foreign Minister Micheline Calmy-Rey met in Washington.

In brief remarks to reporters at the State Department, Clinton and Calmy-Rey expressed pleasure at the announced agreement in Miami.

"There’s been an agreement in principle," Clinton said, offering no details. "Our governments have worked very hard on this to reach this point," she said.

Calmy-Rey said she was "very satisfied" and "relieved" with the agreement but did not elaborate.