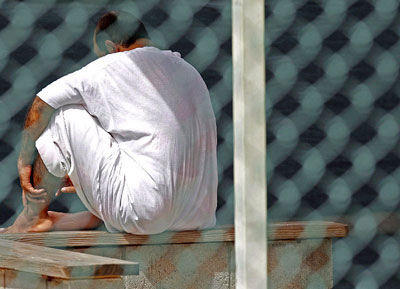 The Obama administration will continue the Bush administration’s policy of "extraordinary rendition" - sending terrorism suspects to third countries for detention and interrogation - but has pledged to closely monitor the program to ensure those held are not tortured, reports say.

The decision will allow the US to continue the transfer of prisoners for interrogation to countries with a history of torture. The Obama administration was condemned yesterday by human rights groups who said promises from other countries of humane treatment was no protection against abuse. As a presidential candidate, US President Barack Obama had strongly suggested he might end the practice.

The New York Times yesterday cited an article in Foreign Affairs in the northern summer of 2007, in which Mr Obama wrote: "To build a better, freer world, we must first behave in ways that reflect the decency and aspirations of the American people.

"This means ending the practices of shipping away prisoners in the dead of night to be tortured in far-off countries, of detaining thousands without charge or trial, of maintaining a network of secret prisons to jail people beyond the reach of the law."

In January, the President ordered secret prisons run by the CIA to be shut down.

Announcing that rendition would continue, a taskforce set up by Mr Obama has proposed a more vigorous monitoring of the treatment of prisoners sent to other countries.

But Amrit Singh, a lawyer with the American Civil Liberties Union, who tracked rendition cases under president George W. Bush, told the paper the usual method of monitoring - visits from American or allied consular officials - had been ineffective.

Ms Singh cited the case of Maher Arar, a Syrian-born Canadian sent in 2002 by the US to Syria, where he was beaten with electrical cable despite assurances against torture, the report said.

A Canadian consular official visited Mr Arar several times, but the prisoner was too frightened to tell him about the torture, a Canadian investigation found.

The paper said rendition began to be used regularly under president Bill Clinton and its use expanded rapidly under Mr Bush following 9/11.

US intelligence agencies often appeared to send detainees to other countries to avoid the legal complications of bringing them to the US.