UN Deputy Special Representative in Afghanistan is relieved of his functions 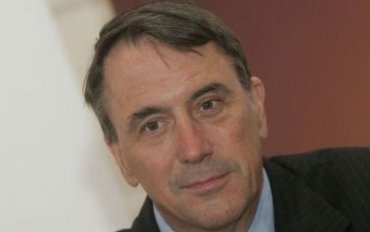 UN Secretary-General Ban Ki-Moon relieved his deputy special representative for Afghanistan, Peter Galbraith, of his functions. Galbraith is striking back through the Western media, accusing his former boss, Kai Eide, and Ban Ki-Moon of intending to cover up last month’s fraud-riddled presidential elections in favour of President Hamid Karzai.

U.N. Afghan envoy Kai Eide is a Norwegian diplomat who represented his country before NATO (2002-2006) and enjoys an honourable reputation.

Ambassador Peter Galbraith is the son of famous economist John Kenneth Galbraith. He is notoriously closely linked to the CIA and a specialist in civil wars: how to stoke them and how to end them. According to the "dogfight theory", it is possible to provoke a war just about anywhere provided the population concerned has first been isolated, then divided into distinct cultural groups and, finally, that fear has been instilled between the groups. At that point, everyone will feel compelled to defend his own people by pre-emptively killing the others.

Mr. Galbraith gained renown in 1988 by concocting the "Halabja lie", which attributed to Saddam Hussein the gassing of the civilian population living in the Iraqi Kurdish locality by the same name (claiming 3,000 to 5,000 casualties). At the time, Galbraith was serving as adviser to the U.S. Senate Foreign Affairs Commission. In the immediate aftermath, the Senate unanimously adopted the Prevention of Genocide Act giving President Reagan blanket authority to decree sanctions against Iraq. However, Reagan failed to follow through when an Army War College inspection report concluded that the villagers had been killed by gas of Iranian origin, carried by the wind and dispersed during a battle opposing the Iraqi army to the Iranian army and the UPK auxiliaries directed by Jalal Talabani.

The lie of Halabja was revisited thirteen years later in order to demonize Saddam Hussein and to justify the colonization of Iraq. In the final analysis, this accusation was not retained by the Special Court that judged Saddam Hussein and sentenced him to death.

During his term as US Ambassador to Croatia (1993 to 1998), Peter Galbraith supervised the application of the "dogfight theory" to the former-Yugoslavia, paving the way for NATO’s intervention. With East Timor’s independence, he resigned from US diplomacy and was appointed minister of the Transitional Government (2001-2002). There, he experimented with various models of post-civil war reconciliation.

Just before the invasion of Iraq, he was sent to the "no-fly zone" to prepare the ground for the remodelling of the "Big Middle East" project. This involved fueling a civil war among the communities and laying out the partition of Iraq into three distinct entities (Kurdish, Sunni and Shia).

Peter Galbraith is also known for his close contacts as a CIA agent with Benazir Bhutto, whom he had befriended during their University years.

The relations between Eide and Galbraith were considered to be courteous, Peter Galbraith having even met his future wife, the Norwegian anthropologist Tone Bringa, at a dinner party hosted by Kai Eide.

Contradicting Galbraith’s explanations, M. Eide’s entourage has hinted that the latter could no longer tolerate his deputy’s disregard for his authority and his ostensible subordination to Richard Holbrooke, President Obama’s special representative to the region. The heart of the matter is that the Holbrooke-Galbraith pair were purportedly planning to exploit the election fraud in order to replace President Karzai with another, more efficient, puppet.