The ICJ to rule on the legality of Kosovo’s independence 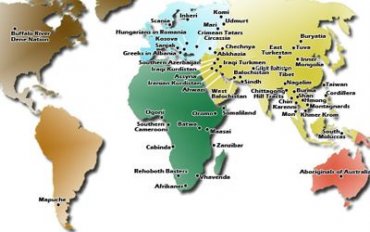 As of 1 December 2009, the International Court of Justice in The Hague (ICJ) will examine the question submitted by the UN General Assembly through its resolutionA/63/L.2: "Does the unilateral declaration of independence by Kosovo’s Provisional Institutions of Self-Government comply with international law?"

Such a measure vis-a-via the ICJ on the part of the UN General Assembly is extremely rare. It’s purpose is to obtain the application of the law providing the grounds on which to challenge one or more members of the UN Security Council. To date, this procedure has been applied only once, in 2003-2004, to put on record the illegal character of the "safety wall" constructed by Israel in its annexation of Palestinian territories. At that time, the United States had used its power of veto to obstruct a condemnation against Israel. Deriding the decision of the International Court of Justice, the US President adressed a document to the Israeli Prime Minister containing Washington’s written endorsement of the Israeli ’fait-accompli’. [1]

The independence of Kosovo is a direct result of NATO’s military intervention in that territory, without a UN mandate.

The International Court of Justice has invited the Kosovar authorities to submit their own document, as well as their observations on the other documents, and to make an oral presentation of their case during the trial.

Despite its confidential nature, all parties have received a copy of the documentation. Only the Court, if it deems it appropriate, has the authority to render it public, either during the hearings or when delivering its verdict.

In essence, the trial will pit the partisans of Kosovo’s independence - grouped around the United States and its allies (France and the United Kingdom) - against those who oppose it - Russia and China. The ICJ will have to determine whether the independence unilaterally proclaimed by the Kosovo Albanians constitutes a violation of international law or whether it marks a new procedure.

The 69 States that recognized Kosovo’s independence at the instigation of the United States, had unanimously asserted that this was an isolated case which could in no way constitute a legal precedent. A number of non-recognized states already exist in other parts of the world (Abkhazia, the Republic of Srpska, Nagorno-Karabakh, South Ossetia, Palestine and Somaliland ...) that nevertheless rely on their own political institutions. Not to mention the existence of innumerable independence movements across the world (see on this page the map of the main conflicts of this kind). Accordingly, in addition to the case in question, the decision of the International Court of Justice in The Hague is bound to have very far-reaching repercussions.

Source : “The ICJ to rule on the legality of Kosovo’s independence”, Voltaire Network, 21 October 2009, www.voltairenet.org/article162618.html

The Nato-Aggression against the Federal Republic of Yugoslavia in 1999

Greater Albania: a United States project against the Orthodox world?

Source : “The ICJ to rule on the legality of Kosovo’s independence”, Voltaire Network, 21 October 2009, www.voltairenet.org/article162618.html