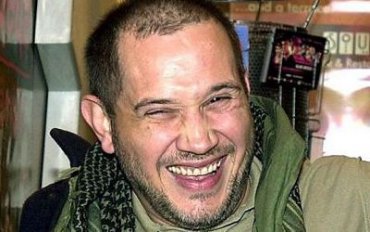 On 16 April 2009, the special service unit of the Bolivian police stormed into the hotel "Las Americas" in Santa Cruz, capturing a group of paramilitary operatives. Three mercenaries were killed during the attack: Croatian commando leader Eduardo Rózsa Flores (in the photo), Irish national Michael Dwyer, and Árpád Magyarosi of dual rumanian-hungarian nationality. Two other mercenaries were captured and incarcerated at the central prison of La Paz: Bolivian national Mario Francisco Tadic Astorga holder of a Croatian passport, and Hungarian national Elod Tóásó.

After a nine-month investigation, prosecutor Marcelo Soza declared that the e-mails on Rózsa Flores’ computer provided evidence that the commando was preparing an operation dubbed "Tree House" with the goal of assassinating Bolivian President Evo Morales.

The commando had been receiving instructions from an agent, alias Scorpion-B, who was identified as former Hungarian Colonel Istvan Belovai and who died on 6 November 2009. Belovai had been one of the bosses of the Hungarian secret services during the Cold War. In 1984, Belovai - who was instrumental in NATO’s arrest of Clyde Lee Conrad, a Soviet mole in the Alliance’s office in Germany - was sent back to Hungary by NATO. He was discovered in turn and sentenced to life imprisonment for espionage in his home country. He was released after the downfall of the USSR and bragged about being the "first NATO soldier from Hungary" when his country joined the Organisation.

In his country, Rózsa Flores was an activist in a neo-nazi party called Jobbik. He established ties with Scorpion-B during the war in former Yugoslavia.

In Bolivia, the mercenaries were in touch with a mysterious "supreme council" that was preparing the secession of Santa Cruz province and the recognition of its independence by the United States.

Bolivia’s chief prosecutor also indicted a Santa Cruz businessman, Brako Marinkovic, for having financed the Rózsa Flores commando with at least 200 000 dollars. The man escaped to the United States on 26th of June. The son of a Ustashe criminal who fled from Yugoslavia at the end of the Second World War, Marinkovic is one of Bolivia’s biggest landowners.

According to the prosecutor, the former president of the "Santa Cruz Civic Committee" was a member of the "Supreme Council".