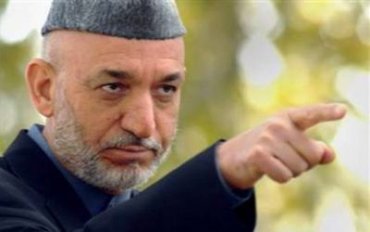 Afghan President Hamid Kazai has changed the law to give himself control over the Electoral Complaints Commission by appointing all of its five members.

In August 2009, Hamid Karzai supporters had rigged the first round of the presidential elections to ensure his victory over his contender Abdullah Abdullah. Certifying that the fraud involved at least one third of the votes, the Commission had cancelled the results and called for a second ballot.

It was therefore necessary to prevent a similar mishap from occurring a second time. As of now Karzai can rest assured of being re-elected regardless of the will expressed by the Afghan people.

Hamid Karzai, who holds double US-Afghan nationality, was installed in power in Kabul by the Anglo-Saxon coalition in order to "restore democracy" (sic). He has turned his country into the leading narco-state in the world.