Europe in no hurry to hunt for Hamas assassins 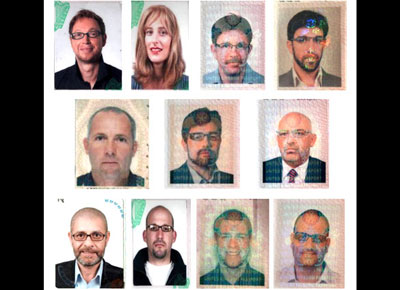 A killer — or killers — may be on the loose in Europe after a Hamas leader was slain last month in Dubai.

European nations, however, seem to be in no rush to find him, her or them.

The spotlight is falling on those countries where police say the alleged assassins’ trails begin and end: Switzerland, Italy, France, Germany and the Netherlands. Authorities there have either declined to say whether they are investigating, or told The Associated Press they have no reason to hunt down the 26 suspects implicated in the January 19 killing of Mahmoud al-Mabhouh.

Experts said arresting Israeli agents - or even digging up further evidence that Israel was involved - could be politically costly. "I would guess that it’s in the political interest of certain countries not to get proactive in this case," said Victor Mauer, deputy director of the Center for Security Studies at Zurich’s Federal Institute of Technology. "Countries such as Germany have a special relationship with Israel because of their history and therefore wouldn’t be interested in investigating," he said.

Switzerland’s federal prosecutor’s office said it has "no evidence relating to this case that would justify opening an investigation," although Dubai police insist that eight of the suspects fled Dubai for Zurich. Dutch and Italian officials, too, said they aren’t investigating the flight of six suspects to Amsterdam and Rome. 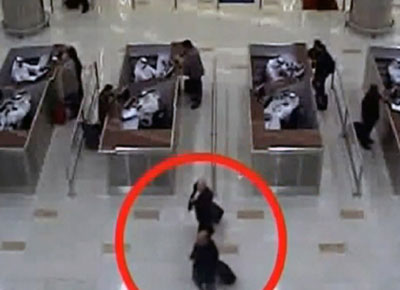 Flying in from Paris, Frankfurt, Rome and Zurich, the team arrived within three hours of each other. In this picture two of the suspects make it through border security in Dubai with their false identities before heading to the luxury hotel

Chris Bryant, Minister for Europe, said that police in Dubai had discovered details of another two fraudulent British passports used by suspected Mossad agents, in addition to the six already cloned from the passports of real-life Britons.

According to the Wall Street Journal, one of the suspects entered the United States a day later, using an Irish passport. The second suspect entered the US on a British passport in February.

Mr Bryant addressed the Commons hours after U.K. Foreign Secretary David Miliband emerged empty-handed from a showdown with his Israeli counterpart in Brussels.

The 27 European foreign ministers meeting earlier in Brussels stopped short of naming Israel but called the killing “an action which cannot be conducive to peace and stability in the Middle East” and condemned the use of European passports to carry out the crime.