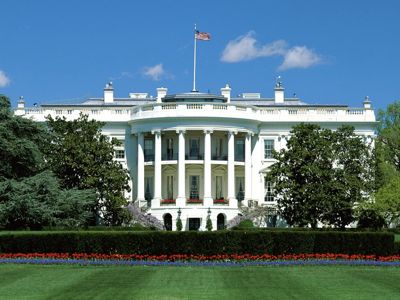 Earlier today, in response to Iran’s continued refusal to comply with its international obligations regarding its nuclear program, the United Nations Security Council adopted Resolution 1929, imposing a strong, broad-based new set of sanctions on Iran.

Resolution 1929 increases the cost to Iran’s leadership of their continued defiance of the international community, and aims to persuade Iran that it is in its interest to peacefully resolve concerns about its nuclear program. The Resolution builds on three previous rounds of UN sanctions on Iran by strengthening and expanding existing measures and breaking ground in several new areas. It is a clear and strong response to Iran’s refusal to address international concerns over its nuclear program.

This resolution complements our diplomatic efforts to engage Iran. We will continue to work with our international partners to forge a peaceful solution. The United States remains open to dialogue, but Iran must live up to its obligations and clearly demonstrate to the international community the peaceful nature of its nuclear activities.

These sanctions have been carefully designed to target those individuals and entities that are most responsible for Iran’s nuclear program. They are not intended to hurt the people of Iran.

What does the resolution do?

The resolution restates the Security Council’s longstanding demand that Iran’s suspend its enrichment program and other proscribed nuclear activities. It also highlights and clarifies Iran’s existing obligations to accept and facilitate the implementation of rigorous international safeguards on its nuclear program.

The resolution imposes a series of new sanctions that will increase the cost to Iran’s leaders of their current irresponsible policies. These measures include:

Iran is prohibited from investing in sensitive nuclear activities abroad, like uranium enrichment and reprocessing activities, where it could acquire nuclear technology and know-how, as well as activities involving ballistic missiles capable of delivering nuclear weapons. The ban also applies to investment in uranium mining.

States are prohibited from selling or in any way transferring to Iran eight broad categories of heavy weapons (battle tanks, armored combat vehicles, large caliber artillery systems, combat aircraft, attack helicopters, warships, missiles or missile systems). States are similarly prohibited from providing technical or financial assistance for such systems, or spare parts. States are also to exercise vigilance and restraint in supplying any other arms or related materiel to Iran.

Iran is prohibited from undertaking any activity related to ballistic missiles capable of carrying nuclear weapons and States are required to take all necessary measure to prevent the transfer of related technology or technical assistance.

The resolution updates and adds to the list of technical items related to nuclear and missile proliferation that are banned for transfer to and from Iran.

Iran is subject to a new regime for inspection of suspicious cargo to detect and stop Iran’s smuggling. States should inspect any vessel on their territory suspected of carrying prohibited cargo, including banned conventional arms or sensitive nuclear or missile items. States are also expected to cooperate in such inspections on the high seas.

Once prohibited items are found, States are now obligated to seize and dispose of the items.

States must require their nationals to exercise vigilance over IRISL, a known sanctions violator. Three IRISL-related companies will have their assets frozen. States are requested to report any information on activities by IRISL and Iran’s Air’s cargo division to evade sanctions, including by renaming vessels.

States are called upon to prevent any financial service — including insurance or reinsurance — and freeze any asset that could contribute to Iran’s proliferation. This broad language will help states take action when there are suspected financial links to Iran’s banned nuclear activities.

10. Vigilance over all Iran’s companies

States are required to ensure their nationals exercise vigilance when doing business with any Iranian firm, including IRGC and IRISL, to make sure such business does not contribute to Iran’s proliferation.

12. New measures to limit the role of the Islamic Revolutionary Guard Corps (IRGC)

The resolution highlights the IRGC’s role in proliferation and requires states to mandate that businesses exercise vigilance over all transactions involving the IRGC. Fifteen IRGC-related companies linked to proliferation will have their assets frozen.

A UN "Panel of Experts" will be established to monitor states’ implementation of the sanctions, report on sanctions violations and recommend ways to continually improve enforcement.

In addition to imposing these sanctions, the resolution highlights the potential linkage between Iran’s energy sector revenues and procurement and its nuclear activities and proliferation. It also stresses the need to exercise vigilance over all Iranian banks — specifically including the Central Bank of Iran — to prevent proliferation-related transactions.