While authenticated and disseminated by the U.S. Congress, this letter is a fake immediately rejected by Colonel Gaddafi. Moreover, it includes several formal errors that reveal its non-Libyan origin. 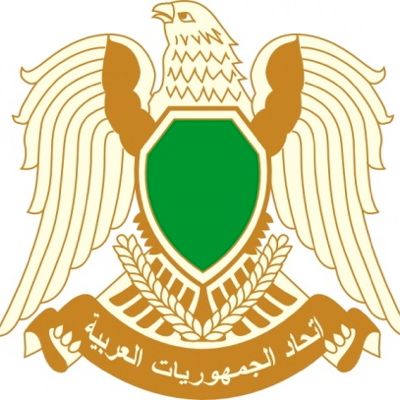 The Government of Libya Jamahiriya reviewed with great interest the deliberations of the Congress on the issue of the participation of the United States of America in NATO’s aggression against Libya, and I want express my sincere gratitude for your thoughtful discussion of the issues. We are confident that history will see the wisdom of your Country in debating these issues. As we have constantly expressed in the past, we are keen to establish permanent and friendly relations with the United States. NATO’s unjustified hostilities have killed Libyan civilians and destroyed civilian’s installations in clear violation of Security Council Resolution 1973.

It is regrettable that the Security Council resolutions 1970 and 1973 were premised on media distortion of the facts and were lead by France in particular who seeks to advance its own commercial interests and to thwart the expansion of the expansion of America’s commercial interests in the Libyan market. Clearly France’s actions are motivated by its desire to seize Libyan oil and to take advantage of the strategic location of Libya.

The Libyan authorities have repeatedly stated the hostilities in Libya are an internal affair and the UN Security Council Resolutions numbered 1970 and 1973 are ultra vires acts of the United Nations because they sanction intervention by NATO in an internal domestic event. Further, however, assuming that the UN Security resolutions were warranted, NATO and its allies, including Qatar and the UAE, have exceeded the authority granted under the two Security Council resolutions. Nonetheless, Libya has consistently indicated to the international community its willingness for a cease fire and the deployment of international observers to monitor it. And we have also called for the cessation of military operations by NATO to provide the opportunity to address the crisis by political rather than military means. To that end Libya has also called for an emergency session of the U.N. Security Council to consider the abuses and violations in the implementation by NATO of UN Resolution 1973. Unfortunately Libya has not received the desired response so far from the UN or NATO and its allies. Additionally the United Nations has not permitted our representative to the United Nations to enter the United States to commence cease fire negotiations directly with the appropriate parties - especially the United States.

There is no doubt that the utilization of military means, rather than political means, to address the political situation will not be conducive to achieving security and stability in Libya, and, as reflected in the US Congressional deliberations, NATO’s action’s do not advance the security of the United States of America, but rather risk greater instability by allowing AQ and Islamic extremists to gain a greater foothold in North Africa with the possible consequences of North Africa becoming more like Afghanistan and Iraq. It should be clear that Libya is unified in its opposition to extremist elements and in recent years we have fully cooperated with US and International authorities to this end.

Further, it is difficult for Libya to understand that the air strikes and naval bombardment by NATO and the killing of Libyan civilians and the destruction of the infrastructure of our Country- especially in the light of the Libyan security forces past efforts to eliminate AQ and Islamic extremists.

Libya has been keen for years to establish a special relationship with the United States of America based on mutual respect and mutual benefit. We were the first Country to issue an arrest warrant for Bin Laden and the first Country that stood in solidarity with the United States regarding the events of 9/11 and this horrific terrorist attack on the Twin Towers. We also expressed our readiness to provide any aid requested by the United States, and further we provided the US with important and useful information with regard to terrorist and extremist groups in North Africa and Afghanistan, and cooperated fully with the International Community in combating terrorist activities. We are convinced that fighting terrorism on all fronts requires the cooperation of all States and Governments, and we are keen to prevent the return of terrorism to the region and have voluntarily renounced the use of WMD and in particular, our nuclear progamme, and have delivered related equipment and materials is to both America and Russia.

Based on our intelligence and the detailed files we have gathered on the members of the TNC, we believe they are a group of individuals with extremist connections, the majority of which are not native to Libya, and have been encouraged by the French who gave the TNC recognition with the main purpose of helping France to meet its commercial objectives of gaining control of Libyan oil at the expense, I must add, of America.

It is very important for the Congress of the United States to recognize that AQ and Islamic extremists dominate the Eastern Region (Benghazi & Derna) and that these individuals have been, in the main, responsible for committing horrific atrocities against Libyan citizens. Further, as the US intelligence agencies know very well, Abdel Hakim Alhassadi, and Sufian Gumo, who control the rebel combat units in Derna, are followers of Osama A1 Sulabi. We have intelligence that suggests that both AQ members and weapons are being transported from Libya to Algeria, Mali and the Sahara and even to Gaza; this constitutes a serious threat to the region, the world and particularly to the security of the United States.

The Libyan people and its senior official are committed to exercising power through a direct democracy which will choose the senior officials who will provide the administration of the Libyan Government and take care of its own affairs. This effort was begun by the Libyan People’s Congress in Jan 2011. Further we welcome the possibility of a fact finding committee of the US Congress to enquire and observe the true democratic sincerity of all Libyan men and woman and the leadership of our Country, as well as investigate claims that have been made about systematic violations inside Libya during this tragic civil war.

Many of the violations and reported civilian deaths are greatly regretted by all us Libyans but they are in many instances reported untruthfully - more as a result of exaggerations of the reportage of the international media, particularly Al Jazeera.

We are counting on the United States Congress to its continued investigation of the military activities of NATO and its allies to confirm what we believe is a clear violation of UN Security Council Resolution 1973 and further that these activities have resulted in the death of over 700 Libyan civilians, the destruction of Libyan infrastructure and wreaked havoc on Libyan civilian society. Such unauthorized intervention is inappropriate and illegal interference in what is essentially a Libyan civil war.

We therefore urge a cease fire, the funding of humanitarian relief and assistance in fostering and furthering accommodation between the internal parties within Libya that are at odds.

We are ready sit at the table with appropriate internal interlocutors led by the United States. Let’s stop the destruction and begin the negotiations to find a peaceful solution for Libya.

I appeal to you, as the great Democracy, to assist us to determine our future as a people. Our Nation must not be colonized again by Europeans. Our Country must not be divided again.

Help us to achieve our own self determination.

Peace be upon you!

Commander of the Great Revolution