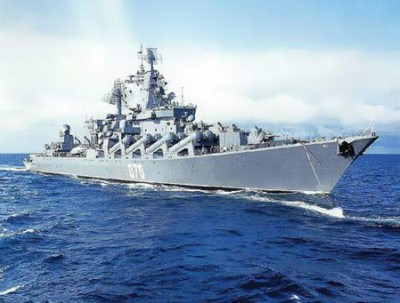 The situation around Syria has been eased the last days. The Americans are withdrawing the USS Eisenhower and USS Iwo Jima Amphibious Ready Groups from the Eastern Mediterranean. President Obama expects this step would ‘ease the tension in the region’.

What kind of tension has happened to be a matter of sudden concern of the US Administration after 22 months of direct interference into Syrian affairs? Let’s make a brief outlook on the preceding events.

NATO’s decisionto deploy Patriot missile systems on Turkey-Syria border early December is being rushed. The justification of the deployment by alleged defense of Turkish territory against bomb shells and mines occasionally coming from Syria was ridiculous. The Patriot system is not capable for such protection. It is designed to withstand aviation and has a limited capability to bring down tactical missiles as well. So the Patriots in Turkey can fight Syrian MIG aircrafts only. But this scenario is impossible in case Turkey does not invade Syria.

At the same time US strike groups arrivedto the Eastern Mediterranean indicating NATO preparation for a potential ground intervention.

In response Russia has strengthened its fleet in the area. A Russian strike group headed by the heavy cruiser ‘Moskva’ will be joined by several warships (cruisers, landing ship tanks and destroyers) from the Russian Baltic and Northern Fleets scheduled to arrive to the Eastern Mediterranean next week.

Officially the warships are coming for exercises and supplies at the Russian-operated Tartus base in Syria on the way to Somalia anti-piracy mission. Their involvement in the Syrian face-off is just a matter of political will of the Russian leadership.

Thus the concentration of confronting Navies off the Syrian coast by mid-December was almost menacing. The US decision to withdraw the warships has notably irritated Turkey left without the US support in case of military escalation, but minimized the possibility of such a scenario. This withdrawal is by far not the first retreat of the United States: the same happened when a Turkish jet was gunned down in June or when Israel was provoked against Syrians by chemical weapons bugaboo in July.

Besides the Russian vigorous position on the Syrian issue, another factor has caused this positive trend in Syrian arrangement: the US internal politics. A ‘stomach virus’ that recently bothered Mrs. Clinton might be considered as a diplomatic disease that allowed her avoid attending open House hearing on the attacks in Benghazi that killed the U.S. ambassador to Libya in September.

This assassination was a direct sequence of the failures of the US foreign policy in the Middle East for the last years, as it was recognizedby Daniel Benjamin, the State Department’s coordinator for counterterrorism:

...The Libyan revolution freed up the hands of all kinds of extremists groups and gave rise to widespread terrorism. Another example of this is Syria where members of al-Qaida in Iraq have been trying to gain a permanent foothold on opposition’s side. The revolutions that swept the region last year had led to a dangerous upsurge of extremism and widespread instability.

A US confidential report elaborated by the independent commission with regard to Benghazi assault deserves special attention. Its conclusions have obviously influenced the US decision to suspend further aggravation of the situation in Syria. Although it can hardly make the United States abandon the plan of regional destabilization, it certainly dictates more caution to be taken in order not to discredit definitely the US foreign policy. Undesired revelations of the real motives behind the Arab Spring would maze both American civil society confident that Washington fights against terrorism worldwide and the US allies, who are barely informed that they are offered as pawns in a geopolitical game.