A "Lion eager" to tear Syria to pieces

While the Heads of State and Government of the G8 noted their disagreement on Syria, the NATO powers and the GCC are conducting "Eager Lion" war games in Jordan. Their aim is to set up an attack to be launched from the Jordan desert against the Syrian air force to prevent it from flying over a zone that has become a safe haven for the international jihadists. However, contrary to NATO declarations, this cannot be done without the approval of the Security Council. 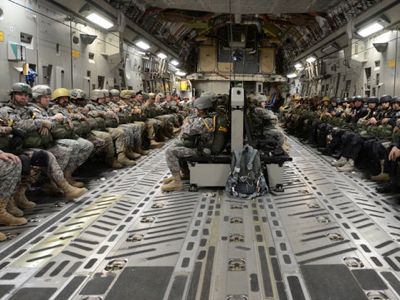 When Italian President Giorgio Napolitano met HM King Abdullah II last year in Jordan he expressed "the high regard with which Italy observes how the Hashemite dynasty has always pursued its desire for peace and its moderate line."

It is surely in this spirit that Italy is participating in the "Eager Lion" exercise in progress June 9-20 in Jordan under U.S. command. Nineteen countries are taking part, united by a "common purpose to strengthen regional security and stability."

A stability threatened, no doubt, by the Syria of Assad that is allegedly using chemical weapons to crush the rebellion. The "evidence" was provided by the CIA, the same CIA that ten years ago provided the photographic documentation, shown by Colin Powell to the Security Council, of Iraq possessing 500 tons of chemical and biological weapons and mobile laboratories for biological warfare. Afterwards it was discovered, as Powell himself acknowledged, that such weapons did not exist and that the mobile labs were actually gas generators for weather balloons. The die, however, had already been cast: the "evidence" the CIA provided had been used to justify the war against Iraq.

It matters then little, once the war against Syria is won, whether it will be found that it was the "rebels" who used chemical weapons, as Carla Del Ponte of the United Nations Commission on War Crimes stated. In the unquestionable judgment of Washington, Syria has crossed the "red line" and President Obama has reluctantly decided to provide arms to the "rebels." This hides the fact, as an investigation by The New York Times (March 26) showed, that since January 2012 the CIA has been providing arms to the "rebels," delivering them with an airlift to Turkey and Jordan and training in those countries the forces infiltrated into Syria.

Against this background "Eager Lion," a real war exercise with air force, airlifts and naval, amphibious and land forces is taking place, involving more than 8,000 combat troops. Among these is the Italian military, including probably the 185th Regiment of the Reconnaissance Target Acquisition Thunderbolt Brigade. They are side-by-side with troops of exemplary democratic faith, such as the Saudis, Yemenis, Qataris and others.

All follow the orders of the Central Command of the United States, whose "area of responsibility" covers the Middle East and Central Asia (including Syria, Iraq, Iran and Afghanistan), plus Egypt. What the real purpose of "Eager Lion" exercise is can be demonstrated by the fact that, once it is over, the Pentagon will leave the F-16 fighters and the Patriot surface-to-air missiles in Jordan. These will add to the U.S., German and Dutch Patriot missiles already deployed in Turkey on the border with Syria.

Everything is ready to set up a "limited no-fly zone," extending 25 miles inside Syria, which — according to U.S. officials interviewed by The Wall Street Journal — will serve to "protect the rebel training camps and the arms supply." The no-fly zone will be imposed by U.S. jet fighters that, taking off from Jordan and from aircraft carriers, will be able with their missiles to destroy the planes and anti-aircraft defenses of Syria without overflying its territory. The no-fly zone, therefore, "will not require a resolution of the UN Security Council."

The estimated cost is "just" $50 million per day, which Washington assures us, will also be paid by the Allies. We do not know yet what the Italian share will be, but the government will find the money, squeezing the public coffers and again cutting social spending.