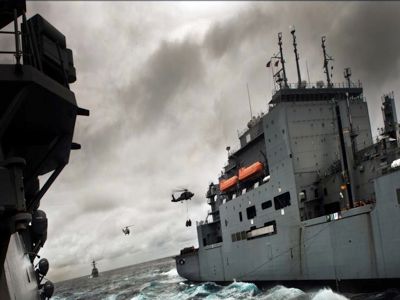 Since Putin has returned to the presidency, Russia has reinforced its "anti-American rhetoric" by using "old Cold War stereotypes," said President Obama after cancelling the meeting set for September.

The straw that broke the camel’s back was the asylum Russia granted Edward Snowden, guilty of having brought to light evidence that the U.S. intelligence agencies spy on everyone and everything. But there is something else. Moscow is opposed to the "missile shield," which would allow the U.S. to launch a nuclear first strike knowing that they can neutralize the retaliatory strike. Russia also opposes the further expansion of NATO to the east and the U.S. / NATO plan to demolish Syria and Iran as part of a strategy that targets the Asia-Pacific region. Moscow sees all this as an attempt to gain a clear strategic advantage over Russia (as well as over China).

Are these just "old stereotypes of the Cold War"? Don’t be so sure, considering the program NATO announced on Aug. 8, which promises "the most ambitious and frequent military exercises" especially near Russia. From Aug. 25 to Sept. 5, NATO fighter-bombers (including Italian ones), with dual conventional and nuclear capacity, will participate in Norway in the "Brilliant Arrow» exercise. This is under allied aircraft command, whose just-appointed head is General Frank Gorenc, U.S. Air Force commander in Europe. This will be followed in November by the air force exercise, "Steadfast Jazz," with NATO fighter-bombers deployed in Poland, Lithuania and Latvia, at the Russian border. In September-October NATO warships will participate in the large "Brilliant Mariner" exercise in the North Sea and the Baltic Sea. Other NATO warships will also be deployed to the Black Sea. There in July the "Sea Breeze 2013" exercise took place, in which the navies of ten countries (including Italy) took part under the orders of the Commander of U.S. Naval Forces in Europe, which at the same time commands the Allied Joint Force in Naples.

The U.S. and NATO allies are therefore increasing military pressure on Russia which, of course, does not limit its response to what Obama calls "anti-American rhetoric." After the U.S. decided to also install a missile "shield" on the island of Guam in the western Pacific, the Command of the Russian strategic forces announced that it is building a new 100-ton missile "able to overcome any missile defense system." Later this year Russia will carry 16 experimental launches of intercontinental ballistic missiles of various types. And already in the water is the first of the new Borey-class nuclear submarine, 170 meters long, able to reach a depth of 450 meters, armed with 16 Bulava missiles with a radius of 9,000 km and each with 10 multiple independent warheads, capable of maneuvering to avoid interceptor missiles. The new submarine is one of the eight that the Russian Navy will receive by 2020 (to replace the previous ones), along with 16 multi-role submarines and 54 surface units.

Regarding the above information, the European media, especially the Italian, which are champions of misinformation, have been virtually silent. So the vast majority of the people have the impression that war threatens only "turbulent" regions such as the Middle East and North Africa, without realizing that "peaceful" Europe is once again, in the wake of U.S. strategy, the first line of a military confrontation that is no less dangerous than that during the Cold War.