The last days of a war are always the deadliest. Routed armies avenge their defeat by committing futile atrocities, as we have seen in Adra where the tortures inflicted on loyalist workers have nothing to envy those committed during the fall of the Third Reich. But the situation is exacerbated by the collapse of what remains of the international anti-Syria coalition, each ex-partner trying to protect his interests at the expense of his former allies. 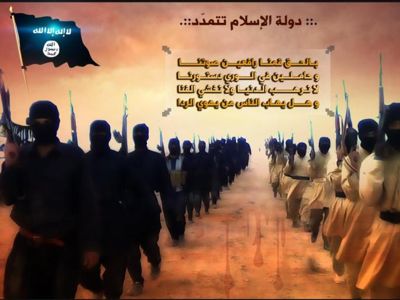 On the eve of the Geneva 2 Conference, what remains of the international anti-Syria coalition is blowing apart, while those states that followed Russia or the United States when they withdrew are positioning themselves for the reconstruction phase.

The first issue concerns the representativity of the “Syrian opposition” delegation. Until now, it was a question of knowing whether it emanated from the Istanbul-based National Coalition and/or the internal and external nationalist opposition, which stood against foreign interference. Now, it must also be determined whether the National Coalition represents the interests of Saudi Arabia, Qatar or Turkey.

On the ground, the three sponsors of the war have parted ways and are engaged in a merciless battle, and no longer interested in overthrowing the government they had come to fight. While there is still talk about the Free Syrian Army, it has vanished from the scene. Therefore, what remains are the Islamic Front (recently established by Prince Bandar bin Sultan), the Al-Nusra Front (close to Qatar) and the Islamic Emirate of Iraq and the Levant (IEIL, "Daesh" in Arabic) which, as the Turkish courts and police have recently proven, is illegally funded by Recep Tayyip Erdoğan.

At first, the IEIL (that is to say, Turkey; that is to say, NATO) attacked and looted the headquarters of the Free Syrian Army (FSA). Its leaders then fled to Qatar and Europe, but Prince Bandar bin Sultan retrieved certain elements and created the Islamic Front by hitching on new mercenaries. Then the IEIL was instructed to move the bulk of its forces to Iraq where it took Ramadi and Fallujah. Since nature abhors a vacuum, all other forces, beginning with the Syrian Arab Army, have filled the freed space.

According to the Atlanticist and Gulf press, the "rebels" are supposed to have allied themselves with the "loyalists" against the "jihadists" in the advent of a "second Syrian revolution." This romantic view has the advantage of turning the page of the "first revolution" without enquiring about its outcome. The truth is that there never was a first revolution and that there will not be one now.

Nor do Western media seem to be interested in finding out why Al-Qaeda, NATO’s timeless tool, has been ordered this time to leave the Syrian battlefield for Iraq. This presents three advantages for Washington: first, it will lead to the triumph of Prime Minister Nouri Al-Maliki and the temporary stabilization of Iraq; then, it will decimate the number of jihadists who will suffer heavy losses at the hands of a fresh, over-equipped army and, finally, it eliminates one of the players who could not decently turn up at Geneva-2.

Likewise, NATO provided intelligence to the Lebanese Army on the Abdullah Azzam Brigades leader, Majed al-Majed. Arrested when being transferred in an ambulance from the hospital to his headquarters, he was officially to die ten days later from his injuries. He was most likely taken out by the Saudis, jittery about what he could have revealed.

If everything had gone according to plan, only the Al-Nusra Front would have been left on the ground, which would have permanently reduced the pretensions of the National Coalition. However, the doggedness of Saudi Arabia has given rise to the Islamic Front, which is bent on influencing Geneva-2. If Israel has not featured in the breakdown of the anti-Syrian coalition, it is because—in keeping with its strategy for the last ten years—Tel Aviv hides behind its allies, in this case France and Saudi Arabia. The Netanyahu administration comes out of the woods only to support the Contras with air cover or to provide them with a fallback position on the Golan Heights, which it is illegally occupying. Unfortunately for her though, Israel didn’t have the chance to intervene in recent weeks, the main fighting taking place in northern Syria.

In the meantime, the delegations of those States, that had the wisdom to withdraw from the conflict or who supported Syria, are hoping to be thanked at Geneva-2. About twenty of them are expecting to land reconstruction contracts funded by intergovernmental organizations.

As of now, it is already clear that Saudi Arabia and France will be the big losers at Geneva-2: they will have to lay out more than they get in return. But it doesn’t seem to faze President François Hollande since he has fulfilled his mission in the service of Israel and considers the consequences for his own country as secondary. For his part, King Abdullah is trying to obtain a consolation prize in Lebanon. The Lebanese majority could well accept the appointment of a minority government whose sole function would be to endorse Saudi Arabia’s donation of 3 billion dollars worth of French weaponry. Then the government would be overthrown by Parliament and the country would slip back into its current stagnation.

The Syrian government delegation is approaching the conference with optimism. The armed opposition forces are in disarray from the evaporation of the FSA and the massive departure of the IEIL. Damascus seems more concerned with coming up with knickknacks it can offer its interlocutors to help them disguise their defeat and celebrate a consensual victory in the interest of all.

Thus, it plans to create temporary departments in charge of managing relations with former enemies now turned into generous donors, and to entrust them to their former employees become good citizens again. The National Coalition will therefore have acquired a skill thanks to its past betrayal.