Maidan activists trained by NATO in 2006

A group of young Maidan Square protesters, members of the Nazi organization Ukrainian People’s Self-Defense (UNA-UNSO), were trained in NATO terrorist camps in Estonia, in 2006.

The training included manufacturing and handling of explosives, as well as shooting.

These young people went to fight alongside Georgian forces during their aggression against South Ossetia. 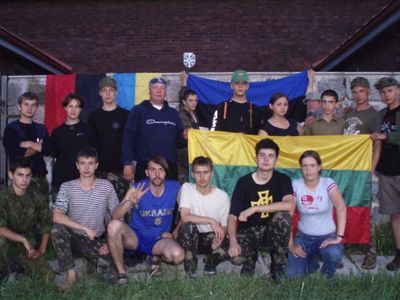