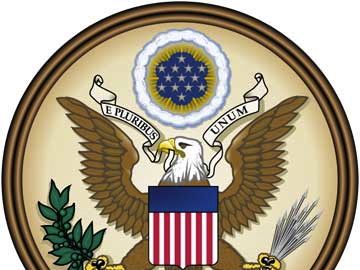 2. International law prohibits the acquisition of part or all of another state’s territory through coercion or force. To do so violates the principles upon which the international system is built. We condemn the illegal referendum held in Crimea in violation of Ukraine’s constitution. We also strongly condemn Russia’s illegal attempt to annex Crimea in contravention of international law and specific international obligations. We do not recognize either.

3. Today, we reaffirm that Russia’s actions will have significant consequences. This clear violation of international law is a serious challenge to the rule of law around the world and should be a concern for all nations. In response to Russia’s violation of Ukraine’s sovereignty and territorial integrity, and to demonstrate our determination to respond to these illegal actions, individually and collectively we have imposed a variety of sanctions against Russia and those individuals and entities responsible. We remain ready to intensify actions including coordinated sectoral sanctions that will have an increasingly significant impact on the Russian economy, if Russia continues to escalate this situation.

4. We remind Russia of its international obligations, and its responsibilities including those for the world economy. Russia has a clear choice to make. Diplomatic avenues to de-escalate the situation remain open, and we encourage the Russian Government to take them. Russia must respect Ukraine’s territorial integrity and sovereignty, begin discussions with the Government of Ukraine, and avail itself of offers of international mediation and monitoring to address any legitimate concerns.

5. The Russian Federation’s support for the Organization for Security and Co-operation in Europe’s Special Monitoring Mission to Ukraine is a step in the right direction. We look forward to the mission’s early deployment, in order to facilitate the dialogue on the ground, reduce tensions and promote normalization of the situation, and we call on all parties to ensure that Special Monitoring Mission members have safe and secure access throughout Ukraine to fulfill their mandate.

6. This Group came together because of shared beliefs and shared responsibilities. Russia’s actions in recent weeks are not consistent with them. Under these circumstances, we will not participate in the planned Sochi Summit. We will suspend our participation in the G-8 until Russia changes course and the environment comes back to where the G-8 is able to have a meaningful discussion and will meet again in G-7 format at the same time as planned, in June 2014, in Brussels, to discuss the broad agenda we have together. We have also advised our Foreign Ministers not to attend the April meeting in Moscow. In addition, we have decided that G-7 Energy Ministers will meet to discuss ways to strengthen our collective energy security.

7. At the same time, we stand firm in our support for the people of Ukraine who seek to restore unity, democracy, political stability, and economic prosperity to their country. We commend the Ukrainian government’s ambitious reform agenda and will support its implementation as Ukraine seeks to start a new chapter in its history, grounded on a broad-based constitutional reform, free and fair presidential elections in May, promotion of human rights and respect of national minorities.

8. The International Monetary Fund (IMF) has a central role leading the international effort to support Ukrainian reform, lessening Ukraine’s economic vulnerabilities, and better integrating the country as a market economy in the multilateral system. We strongly support the IMF’s work with the Ukrainian authorities and urge them to reach a rapid conclusion. IMF support will be critical in unlocking additional assistance from the World Bank, other international financial institutions, the EU, and bilateral sources. We remain united in our commitment to provide strong financial backing to Ukraine, to co-ordinate our technical assistance, and to provide assistance in other areas, including measures to enhance trade and strengthen energy security.