What does Crimea mean to Russia?

Crimea is not a foreign territory to Russia, which has suddenly decided to join her. It is an essential element of its history, without which Russia today could not exist. The Oriental Review sheds light on the physical bond that unites them. 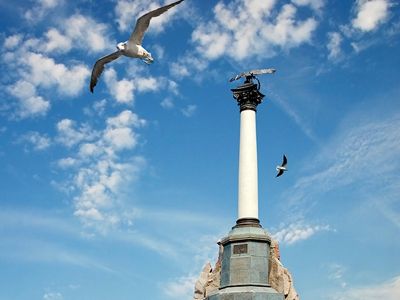 On March 18, 2014, Russian President Vladimir Putin made a historic speech about the reunification of Crimea and Russia. A referendum held in Crimea two days before in full compliance with standard democratic procedures and the rules of international law, shocked many by it’s results: there was an 82% turnout rate, with almost 97% of those casting their ballots in favor of reunification with Russia. These numbers were so astonishing that there still seem to be many people in the West who cannot bring themselves to believe how much the Crimeans truly longed to return home. And indeed, without an awareness of this land’s heroic history that has been so liberally washed in Russian blood, this public enthusiasm might seem irrational, or even artificial. 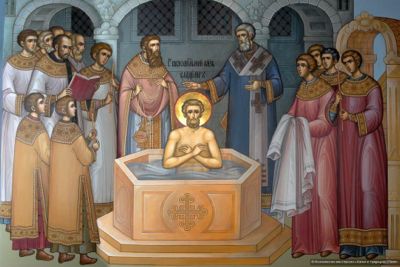 Understanding why they made this choice requires a careful look at what Russia has always meant to Crimea, as well as vice versa. This common history and pride emanates from literally every place and object in Crimea. The ancient Greek city of Chersonesus, where in 988 AD St. Grand Prince of Kiev Vladimir was baptized, was founded here. It would truly be difficult to overstate the significance this fabled region holds for Russia. The colony was established on the Crimean Peninsula by the ancient Greeks, 500 years before the birth of Christ. The footsteps of St. Andrew, one of Jesus’ original disciples, who is known as ‘the apostle to the southern, eastern, and northern shores of the Black Sea’, are found here. Crimea is the place where the blood of Apostle Peter’s disciple St. Clement was spilled for Christ, consecrating the soon-to-be-Christian Rus’ and here the apostles of the Slavic people, St. Cyril and Methodius, preached the Gospel. Prince Vladimir’s conversion to Christianity in the Crimean city of Chersonesus paved the way for the Russian civilization and made an invaluable contribution to world history and culture.

In the tenth century, Russian princes founded the Tmutarakan principality on the shores of the Black and Azov seas, which sat on the Crimean shore on the Kerch Peninsula, along with the city of Korchev (now known as Kerch). This was the historical period during which the Slavs of Kievan Rus gradually put down roots throughout Crimea. It was in Old Crimea, Sudak, Mangup, and Chersonesus that the Slavs comprised the most significant part of the population.

Tmutarakan quickly become the world’s second most important port, after Constantinople, through which passed almost all 11th-12th century trade routes that crossed the sea or steppe. The son of Grand Prince Vladimir, Mstislav, who ruled the principality until 1036, consolidated and expanded its borders. At the end of the tenth century, the remnants of the restored Byzantine Bosporan Kingdom were incorporated into the principality. Much later, a marble slab was found on the Taman Peninsula with an inscription dating to 1068:
“In the summer of 6576 [since the creation of the world, which corresponds to the year 1068 - OR] Prince Gleb measured across the frozen sea, from Tmutarakan to Korcheva, 14,000 sazhen” [which is about 28 km - OR].

As the Cuman people increasingly intruded into Rus’ at the end of the 11th century, Tmutarakan was virtually cut off from Kievan Rus’ and lost its independence, by 1094 finding itself under the rule of the Cumans, Byzantium, the Golden Horde, Genoa, and Turkey. 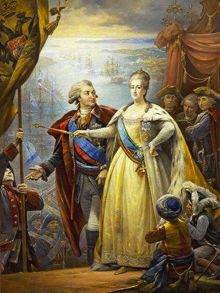 At the end of 18th century, Empress Catherine the Great worked to see Crimea returned to Russia. It was the Russian Empire’s dominion over Crimea that rescued the ruins of Chersonesus, so sacred to Russian history, from complete oblivion. The Empress, with the willing assistance of Prince Grigory Potemkin, is remembered for founding a naval base, which was named Sevastopol, in Akhtiar harbor (now known as the Bay of Sevastopol). The history of Sevastopol tells the remarkable story of Russian military valor and fortitude.

Sevastopol, Balaklava, Kerch, Malakhov Hill, and Sapun Ridge are landmarks that embody Russian military glory and true valor. Each of them has been bathed in the blood of the soldiers who battled fearlessly there to defend a future of peace. The 349 days of the heroic defense of Sevastopol during the Crimean War will forever be commemorated in the histories of Russia and of these two kindred peoples, as will the 250-day defense of the city during WWII.

The armies of Britain, France, Turkey, and Sardinia (Italy) invaded the Crimean Peninsula in 1854. On Sept. 13, this city, which had never before faced aggression from any direction but the sea, found itself under siege. Fortifications and gun batteries were constructed while under fire from enemies who held an overwhelming advantage in troops and cannons. The city’s defense was directed by the commander of the Black Sea Fleet, Admiral Vladimir Kornilov, and his subordinate, Vice Admiral Pavel Nakhimov. Five battleships were sunk in order to prevent the enemy from gaining entry to Sevastopol Harbor, and naval guns and crews arrived to join the defenders. The tenacity and patriotic fervor of the Russian soldiers, sailors, and townspeople astonished the world. On Oct. 5 the invaders began the first bombardment of Sevastopol, during which the city’s defenses suffered no great losses, but Admiral Kornilov was mortally wounded. The hub of the defense then shifted to Malakhov Hill. On March 28, 1855 the invaders began a second assault. Although at the cost of a large number of casualties, they succeeded in pressing our positions. The third and fourth assault ended in the same way as the previous onslaughts, but on June 28 Vice Admiral Nakhimov was killed during an exchange of gunfire. The French General Jean-Jacques Pélissier, the commander of the allied forces, was ordered by Napoleon III to capture the fortress, regardless of the toll. After the fifth (!) and equally unsuccessful (!) attack, the allied forces began to prepare for a decisive strike on the half-destroyed Russian fortifications. The sixth and final assault on Sevastopol began on Aug. 27. The barrage involved eight French and five British divisions, plus one brigade from Sardinia – a total of 60,000 combatants – who fought against 40,000 Russians, most of whom had been diverted to the back line of the defense. The fortunes of the battle shifted back and forth. The French were able to capture and hold Malakhov Hill. At the order of the commanding general, Mikhail Gorchakov, the defenders retreated to the southern side of Sevastopol, blowing up the powder magazines and sinking the remaining ships. This outward defeat at Sevastopol sapped the strength of the invaders’ troops, and they were forced to agree to peace negotiations on conditions that were far different from those they had expected at the beginning of the war. The defense of Sevastopol – the most vivid page in the history of the Crimean War – demonstrated once again the indefatigable spirit of the Russian soldier and his ability to fight even under the most difficult conditions of siege, when there seemed no chance for deliverance.

After 87 years, a new siege, and again a heroic defense and indefatigable spirit, awaited Sevastopol. Nazi troops invaded Crimea on Oct. 20, 1941 and within 10 days had reached the outskirts of Sevastopol. The city was not prepared in advance to defend itself from an approach by land, but the attempt by the Germans and Romanians to take it forthwith did not succeed. A stubborn defense of Sevastopol began. Field fortifications were constructed as the fighting raged, and supplies, reinforcements, and evacuations of the wounded and civilians could only be carried out by sea, often under enemy air raids. On Nov. 4, all the Soviet forces banded together inside the city’s defensive zone. On Nov. 11, with significant superiority in troops and artillery, the enemy launched an offensive. After fierce battles and suffering heavy casualties, the Germans ceased their frontal attacks on Nov. 21 and proceeded to lay siege to the city. On Dec. 17, seven German infantry divisions and two Romanian brigades, far outnumbering the Russian forces, launched a new offensive with tank support. The attacks were rebuffed with the support of naval artillery fire, and any further incursion was foiled when Russian troops landed in Kerch and Feodosia. Moreover, by forcing the Germans to divert to Feodosia the 11th Wehrmacht Army that was besieging the city under the command of General Erich von Manstein, the Sevastopol regional defense battalions began a partial offensive and had improved their position by March 1942. 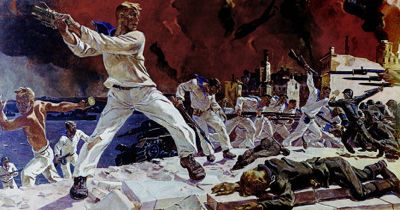 Beginning on May 27, Sevastopol was subjected to incessant shelling and air attacks. On the morning of June 7, the enemy launched a punishing attack around the entire perimeter of the defensive zone. After a fierce battle, the Russian troops abandoned Malakhov Hill on June 30. But resistance continued on the outskirts of the devastated city. The battle went on until July 4, and even as late as July 9 in some areas. Most of the city’s defenders were killed or taken prisoner, with only a few managing to make their way to the mountains to join the partisans. The 250-day defense of Sevastopol, despite its tragic end, showed the world that Russian soldiers and sailors were capable of incredible sacrifices.

In the hearts and minds of the public Crimea has always been an integral part of Russia. This belief, based on truth and justice, has been unwavering. It has been something passed down from generation to generation with no regard for either time or circumstances. Even the dramatic changes experienced by Russia during the twentieth century were powerless to alter this conviction. It would have been impossible for anyone to imagine how Ukraine and Russia could be two different states. But then the Soviet Union collapsed. Events progressed so quickly that few at the time grasped the full drama of the unfolding events or their consequences. And when Crimea suddenly became part of another country, Russia felt that she had not just been robbed, but plundered. Millions of Russians went to bed in one country and woke up in another, transformed overnight into minorities within the former Soviet republics. Thus the Russian nation became one of the biggest, if not the biggest, partitioned nation in the world. But the populace was unable to stomach this egregious historical injustice. During those years, both common people as well as many public figures often raised this issue, claiming that Crimea was native Russian soil and Sevastopol was a Russian city. For 23 years Crimea has retained its Russian soul and every Crimean has spent this time breathlessly waiting for the peninsula to return home to Russia. And now it has happened – to general elation, tears of happiness, and long-awaited joy – a triumph of historical justice! 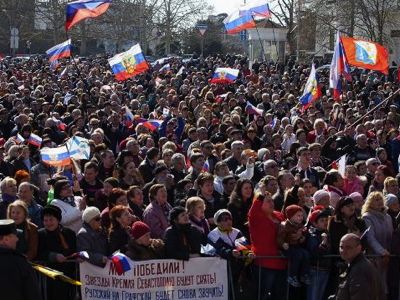