What really happened in the Trade Unions House in Odessa on May 2? The new authorities in Kiev claim that a clash between anti- and pro-Russians degenerated and 38 people were killed in a fire. But the available photos and footage tell a different story.

According to news agencies in NATO countries, violence erupted before a football championship game on Friday, May 2, between fans of Metalist Kharkiv (pro-Kiev) and Chornomorets (pro-Russia). Chornomorets supporters retreated to the Trade Unions House, where some of them allegedly shot their Metalist rivals. Ultimately, a fire broke out, probably triggered by the use of Molotov cocktails on both sides, ravaging the building and leaving forty people dead. [1]

Moscow immediately reacted by disassociating the football match from the blaze at the Trade Unions House. The Foreign Ministry strongly denounced the responsibility of the Kiev authorities and the Pravy Sektor without, however, disputing the official death toll. [2]

No images have surfaced of clashes between Metalist and Chornomorets fans, nor of the latter entering the Trade Unions House. In an earlier Euronews report, supporters of the Kiev-putsch government can be seen pelting stones at the police.

However, the Western version has in the meantime lost all credibility. Certain Ukrainian sites have pointed out that, although pro-Kiev hooligans did indeed attack the police on the sidelines of the football match and beat up many pro-Federalists, no pitched battle between the two groups took place.

The Trade Unions House had served as the Ferderalists’ headquarters for several weeks. In the late afternoon, it was stormed by the supporters of the Kiev putschists. After burning a tent camp on the square, they besieged the House and, for twenty minutes, hurled Molotov cocktails at the front of the building and through the windows.

Finally, a fire broke out at two different points, on the ground and second floors. The smoke only spread to the upper floors through the stairwells.

The crowd was split between those who wanted to rescue the victims trapped inside and the overwhelming majority of those who were jubilating. Some were triumphantly filming the dead. Several people fell from the top floors that were not on fire. The firefighters eventually arrived.

When the hooligans entered the building after the fire was put out, they found most of the doors to be locked and had to force them open. Thereupon, they were met with lifeless bodies, proceeding to film the gruesome discovery themselves.

Photos taken by hooligans show some corpses intoxicated by the fumes, with no burn marks. However, on most of the bodies only the face and hands are burned. Other parts of the body and clothing are often intact, and there is no sign of fire in the room. Some bodies had been dragged along the ground.

Everything suggests that they were executed by a gang of killers operating inside the building, while other parts of the house were on fire. Then the crime seems to have been camouflaged by dousing the injured parts of the body with gasoline. 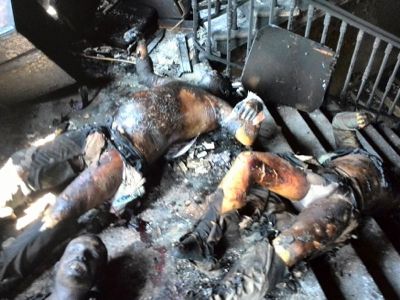 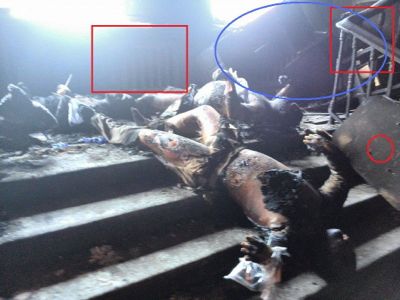 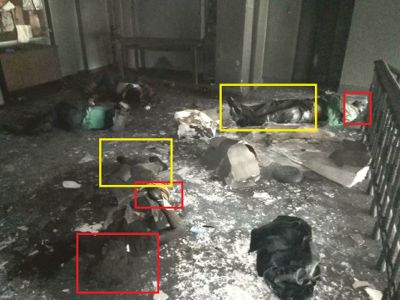 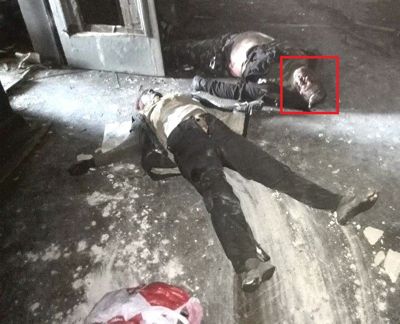 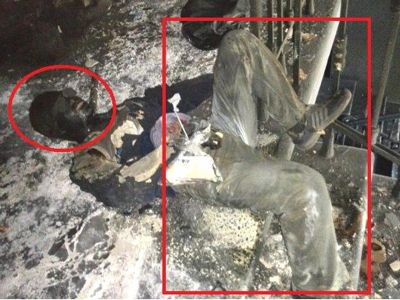 This version seems to be corroborated by the fact that when the hooligans entered, several rooms had already been ransacked.