While Derek Chollet, U.S. Assistant Secretary of Defense, has moved to Kiev in order to coordinate the military repression, indications are that operations on the ground are being conducted by Poland. A photograph that has been circulated online leaves no doubt about Warsaw’s implication.

Student leader of the anti-Soviet rebellion in Bydgoszcz, Radosław Sikorski fled in 1981 to the United Kingdom where he completed his studies and pursued a career in journalism. In 1987 he became a subject of the British Crown, but later abandoned his nationality to enter the Polish government. From 1988 to 1992, he served as advisor to the neo-conservative Rupert Murdoch. In 1992, he joined the government and negotiated Poland’s accession to NATO. From 2002 to 2005, in the United States, he was a researcher at the American Enterprise Institute and director of the New Atlantic Initiative. He is married to U.S. journalist Anne Applebaum.

As the war in the southeast of (former) Ukraine rages on, more proof is emerging of active Polish participation there. This participation has thus far been indirect (i.e. no official Polish military units), although this does not mean that it is no less lethal. Not only has Poland been complicit in training urban terrorists in the run-up to the EuroMaidan chaos, but it has also sent loads of mercenaries to forcibly put down the anti-coup protesters rising up against the junta. Now, photographic proof linking Poland to the Ukrainian madness has arisen. Jerzy Dziewulski, the security advisor to former Polish President Aleksander Kwasniewski [1], was photographed last week with Turchynov in Slavyansk. Dziewulski is a notorious counter-terrorism expert, having been trained in the US, Israel, France, and Germany, and he currently runs his own private ‘security’ organization [2]. Despite Sikorski playing dumb about the presence of Polish mercenaries in Ukraine and saying he’d “report the fact to the country’s prosecution office”, Dziewulski’s photo with Turchynov proves that he is lying. In reality, Sikorski and Dziewulski represent Poland’s strategic and tactical interference in Ukraine’s civil conflict, and one can no longer be separated from the other. 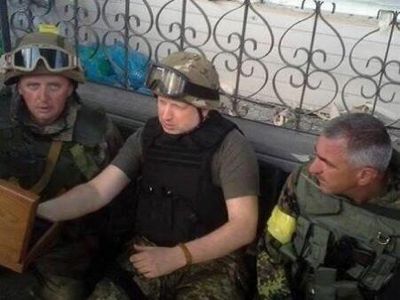 Photo taken on the outskirts of Slavyansk, at the HQ of Ukrainian “antiterrorist operation” command. Jerzy Dziewulski (left) and Alexander Turchinov (center).

Reports of mercenary teams operating in (former) Ukraine started sprouting up on the eve of the Kievan junta’s punitive operation in April, but only recently has proof begun to emerge of Poland’s contribution to this force [3]. The late-May report about Polish mercenaries being shipped to Ukraine was almost immediately challenged by Sikorski, despite Russia’s Deputy Foreign Minister stressing that foreign mercenaries, “particularly from Poland”, are active on the ground. Sikorski is now just as easily dismissing the actual capturing of these mercenaries and their Polish commanders, with the Polish Foreign Ministry simply stating that such information is “black propaganda”. This shouldn’t come as a surprise since Sikorski is on record nearly a week prior speaking about the illegality of these mercenaries in the first place, and thus, he will never confirm that they exist. Now that the photo of Dziewulski (dressed in full combat fatigues, helmet, and appearing to have a pistol holstered to his chest) with Turchynov in Slavyansk has hit the internet, it is impossible to deny Poland’s participation in that conflict zone. 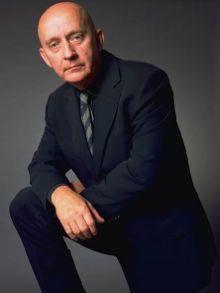 To properly understand the significance of the photo in catching the Polish government red-handed, a few words must be said about Dziewulski. As taken from his website, he is an anti-terrorism expert who founded Poland’s Commission for Special Services (special forces). He is licensed in mine warfare, pyrotechnics, and as a sniper. He underwent operational training in Israel, the US, Germany, and France, even training with the State Department and the Bureau of Alcohol, Tobacco, and Firearms during his time in America. He advertises himself as the premier expert on all things related to security, including the use of security companies (read: private military companies) and the “customization of security plans” (read: directing the mercenary offensives). Considering his previous intimate association with Kwasniewski, it is highly probable that he is an important cog in Poland’s national security complex. This makes it all the less likely that Sikorski would not know about such a high-profile government-connected individual’s militant involvement in a festering conflict next door.

What has transpired is that Sikorski and Dziewulski have commandeered Polish policy towards Ukraine and now present a unified two-pronged offensive against the people in Donbass. Sikorski, maneuvering for the EU’s top foreign policy spot, has almost completely overshadowed Poland’s own Prime Minister, whom 69% of Europeans can’t even recognize. Sikorski’s approach is to present the high-level strategy that Poland uses to advance its interests in the lands of the former Polish-Lithuanian Commonwealth (the revival of which the Yanukovich-era head of Ukraine’s security services credits as motivating Polish participation in the February coup). Dziewulski represents a more underhanded and, prior to the photo’s publication, covert approach towards the east. He is the on-the-ground militant power that tactically carries out Sikorski’s strategy. His extensive previous experience could even possibly mean that it is he who is controlling the legions of mercenaries scouring Donbass (and thus responsible for any war crimes carried out by them. After all, it is not likely that Turchynov would waste his time being photographed with an insignificant (which we know Dziewulski is not) figure near the front lines of his offensive. Sikorski and Dziewulski together thus form a unified and aggressive combination of ‘brains and brawn’ that represent the arm and hammer of the ‘Slavic Turkey’s’ Neo-Commonwealth plans [4].

[1] Aleksander Kwasniewski was elected President of Poland on 9 October 1995, defeating outgoing president Lech Walesa. He was re-elected for a second term on 8 October 2000. It was during his first term that, in 1999, Poland gained access to NATO. On 1 May 2004, in the course of his second term, Poland joined the European Union.

Poland as the ‘Slavic Turkey’ of NATO Destabilization