For Mexican geopolitical expert, Alfredo Jalife-Rahme, the simultaneity of the events illuminates their meaning: soon after announcing the creation of an alternative to the International Monetary Fund and the World Bank, that is to say the dollar, Russia is having to face at the same time the accusation of having downed the Malaysia Airlines jet, the Israeli attack on Gaza backed by US and UK military intelligence, the chaos in Libya and the Islamic State offensive in the Levant. In addition, in each of these war theaters, the fighting revolves around the control of hydrocarbons, which until now were traded exclusively in dollars. 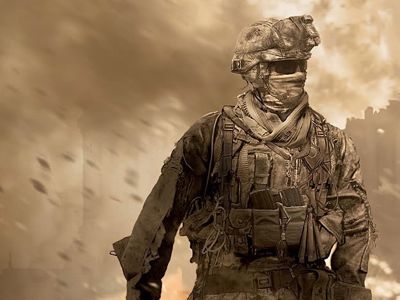 The best-selling video game worldwide "Call of Duty: Modern Warfare" pits the United States against Russia in a war for oil scenario.

Calendars, flow charts, diagrams and genealogical indexes are most useful for making a geopolitical analysis. Thus, two days before a mysterious missile blew the Malaysia Airlines plane out of the sky – an event as obscure as the circumstances surrounding both its recent flights – the sixth summit of the BRICS including a number of UNASUR member countries, such as Colombia and Peru, had ended successfully. [1]

One day before the deadly missile strike, Obama had heightened pressure on Russia and its two inextricable assets : banks and energy resources. "Pure coincidence", the day the mysterious missile was fired in Ukraine, "Netanyahu, at the helm of a state with a nuclear arsenal, ordered his army to invade the Gaza Strip", as Fidel Castro rightly pointed out when denouncing the coup government in Kiev which he accused of having carried out a "new form of provocation" under United States sponsorship. [2]

What could this old spoilsport of the Caribbean possibly know about this case?

As the mysterious missile was shredding the Malaysia Airlines flight, Israel, a racist and segregationist state, invaded the Gaza Strip, in violation of UN resolutions and "antagonized the international public opinion", as stated by former President Bill Clinton. [3]

Concurrently with the "coincidence" (dixit Castro) relating to the geopolitical objectives in Ukraine and the Gaza Strip, clashes of a confessional nature involving the control of energy resources took center stage in the three Arab countries classified as "failed states" by U.S. strategists : Libya, Syria and Iraq, not to mention the wars in Yemen and Somalia.

In Libya, a balkanized and decimated state as a result of the "humanitarian" intervention led by Britain and France under the hypocritical oversight of the United States, just two days prior to the mysterious missile shooting in Ukraine rebel Zintan brigades barred all access to Tripoli (the capital) International Airport, while clashes escalated between rival clans in Benghazi from where jihadists in Syria and Iraq were provided with weapons and where the U.S. ambassador in Libya was murdered under bizarre circumstances.

Beyond the tie-in of weapon flows into Libya, Syria and Iraq within the region controlled by Al Qaeda/Al-Nusra and the new Islamic State (Daesh) [4], the crucial issue for the US, British and French oil and gas corporations is to secure control of the raw materials (gas and fresh water) belonging to Libya, where Russia and China naively walked into a trap [5].

As for the appropriation of Iraqi oil by the US/UK imperialist duo, which also led to the balkanization and destruction of Iraq, plunging the country into a "30-year war", it would be futile and lethally boring to have to go over the well-known evidence again.

During my recent visit to Damascus, where I was interviewed by Thierry Meyssan, president of Voltaire Network, he told me that the sudden volte-face of "the West (whatever is intended by that)" against Bashar al-Assad is due in large part - in addition to the gas fields located along the Mediterranean coast – to the profusion of oil deposits which lie inside Syria, deposits that are now controlled by the "New 21st century Caliphate (Daesh)."

The interdependence between oil and gas is back in the spotlight in Gaza five years after the "Cast Lead" operation, whose strategy is being pursued by Operation "Protective Edge" (sic), without an investigation to conclusively establish who was responsible for the horrific murder of three young Israelis – which had been prophetically announced by Tamir Pardo, the "visionary" chief of Mossad [6] - and served as a pretext for yet another Israeli invasion of the Gaza Strip which has claimed the lives of several hundred children.

According to the geographer Manlio Dinucci, writing in the Italian newspaper Il Manifesto [7], the abundance of gas reserves located in the coastal waters of Gaza is one of the reasons for the Israeli intransigence.

Similarly, the substantial shale gas reserves deeply buried in the Autonomous Republic of Donetsk, which seeks to separate from or federate with Ukraine, is the source of the fierce psychological war between pro-EU and pro-Russian media to pin the responsibility on the other side for the explosion of the Malaysia Airlines aircraft. Could it not be a false-flag operation contrived by the Ukrainian government to incriminate the separatists using "recordings" that may very well have been doctored in order to accuse them of "terrorism" and thus obliterate them?

Two months ago the news channel Russia Today (RT) - which is increasingly viewed in Latin America to counter the disinformation spewed by the Israeli-Anglo-American controlled media and which was held up to public obloquy by Secretary of State John Kerry – had already stressed the importance of shale gas in the region of Donetsk (the region in eastern Ukraine which seeks to gain independence) and wondered whether "the interests of Western oil companies may not be behind the violence" [8].

Indeed, the eastern part of Ukraine, currently engulfed in a civil war, is full "of coal and a myriad of shale gas deposits in the Dnieper-Donets Basin." In February 2013, British Shell Oil signed with the Ukrainian government (the previous one, which was overthrown by a neo-Nazi coup backed by the EU) a 50-year agreement to share the profits emanating from the exploration and extraction of shale gas in the Donetsk region. [9]

According to RT, "the profits that Kiev does not want to miss out on" are such as to prompt the Ukrainian government to unleash a "military campaign [disproportionate] against its own people."

Last year, Chevron signed a similar agreement (with the same government filed) for 10 billion dollars worth.

Hunter Biden, son of the U.S. Vice President, has been appointed to the Board of Directors of Burisma, the largest private gas producer (supersic) in Ukraine [10], which "opens a new perspective for the exploitation of Ukrainian shale gas" to the extent that "it holds the license covering the Dnieper-Donets basin." John Kerry will not be left out in regard to the distribution of profits and Devon Archer, his former adviser and step-son’s college roommate, joined the controversial company in April.

Can an "alienation of property" license to exploit shale gas in Ukraine also serve as a "license to kill" innocent people?

Is hydraulic fracturing in the process of fracturing Ukraine? This has been a permanent feature of the tragic history of hydrocarbons exploitation by "Western" oil companies throughout the twentieth century.

There is no doubt that hydrocarbons are the common denominator of the wars in Ukraine, Iraq, Syria and Libya.

Source : “What do wars in Ukraine, Gaza, Syria and Libya have in common ?”, by Alfredo Jalife-Rahme, La Jornada (Mexico), Voltaire Network, 8 August 2014, www.voltairenet.org/article185028.html

Source : “What do wars in Ukraine, Gaza, Syria and Libya have in common ?”, by Alfredo Jalife-Rahme, La Jornada (Mexico) , Voltaire Network, 8 August 2014, www.voltairenet.org/article185028.html