Hillary Clinton has announced her candidacy for President of the United States. While the European press showers her with praise without thinking, Webster G. Tarpley recalls her balance sheet: in all circumstances, she supported war and corporate interests. 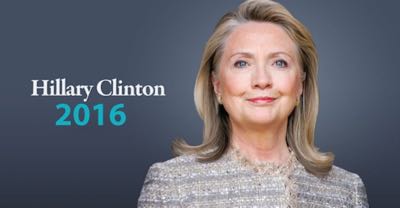 As the National Journal reported in 2014, even the pathetically weak anti-war left is not ready to reconcile with Hillary given her warmongering as Secretary of State. And with good reason. Scratching just lightly beneath the surface of Hillary Clinton’s career reveals the empirical evidence of her historic support for aggressive interventions around the globe.

Beginning with Africa, Hillary defended the 1998 cruise missile strike on the El Shifa pharmaceutical plant in the Sudanese capital of Khartoum, destroying the largest producer of cheap medications for treating malaria and tuberculosis and provided over 60% of available medicine in Sudan. In 2006 she supported sending United Nations troops to Darfur with logistical and technical support provided by NATO forces. Libyan leader Moammar Qaddafi was outspoken in his condemnation of this intervention, claiming it was not committed out of concern for Sudanese people but “…for oil and for the return of colonialism to the African continent.”

This is the same leader who was murdered in the aftermath of the 2011 NATO bombing of Libya; an attack promoted and facilitated with the eager support of Mrs. Clinton. In an infamous CBS news interview, said regarding this international crime: “We came, we saw, he died.” As Time magazine pointed out in 2011, the administration understood removing Qaddafi from power would allow the terrorist cells active in Libya to run rampant in the vacuum left behind. Just last month the New York Times reported that Libya has indeed become a terrorist safe haven and failed state— conducive for exporting radicals through “ratlines” to the conflict against Assad in Syria.

Hillary made prompt use of the ratlines for conflicts in the Middle East. In the summer of 2012, Clinton privately worked with then CIA director and subversive bonapartist David Petraeus on a proposal for providing arms and training to death squads to be used to topple Syria just as in Libya. This proposal was ultimately struck down by Obama, reported the New York Times in 2013, but constituted one of the earliest attempts at open military support for the Syrian death squads.

Her voting record on intervening in Afghanistan and Iraq is well known and she also has consistently called for attacking Iran. She even told Fareed Zakaria the State Department was involved “behind the scenes” in Iran’s failed 2009 Green Revolution. More recently in Foreign Policy magazine David Rothkopf wrote on the subject of the Lausanne nuclear accord, predicting a “snap-back” in policy by the winner of the 2016 election to the foreign policy in place since the 1980s. The title of this article? “Hillary Clinton is the Real Iran Snap-Back.” This makes Hillary the prime suspect for a return to the madcap Iranian policies that routinely threaten the world with a World War 3 scenario.

Hillary Clinton is not only actively aggressing against Africa and the Middle East. She was one of the loudest proponents against her husband’s hesitancy over the bombing of Kosovo, telling Lucina Frank: “I urged him to bomb,” even if it was a unilateral action.

While no Clinton spokesperson responded to a request by the Washington Free Beacon regarding her stance on Ukraine, in paid speeches she mentioned “putting more financial support into the Ukrainian government”. When Crimea decided to choose the Russian Federation over Poroshenko’s proto-fascist rump state, Hillary anachronistically called President Putin’s actions like “what Hitler did in the ‘30s.” As a leader of the bumbled ”reset” policy towards Russia, Hillary undoubtedly harbors some animus against Putin and will continue the destabilization project ongoing in Ukraine.

Not content with engaging in debacles in Eastern Europe, she has vocally argued for a more aggressive response to what she called the “rollback of democratic development and economic openness in parts of Latin America.” This indicates her willingness to allow the continuation of CIA sponsored efforts at South American destabilization in the countries of Venezuela, Bolivia, Ecuador, Argentina and Brazil.

It is one of the proud prerogatives of the Tax Wall Street Party to push out into the light the Wall Street and foundation-funded Democrats. The final blow to Hillary’s clumsy façade comes directly from arch-neocon Robert Kagan. Kagan worked as a foreign policy advisor to Hillary along with his wife, Ukraine madwoman Victoria Nuland, during Hillary’s term as Secretary of State. He claimed in the New York Times that his view of American foreign policy is best represented in the “mainstream” by the foreign policy of Hillary Clinton; a foreign policy he obviously manipulated or outright crafted. Kagan stated: “If she pursues a policy which we think she will pursue…it’s something that might have been called neocon, but clearly her supporters are not going to call it that; they are going to call it something else.” What further reason could any sane person need to refute Hillary? A vote for Hillary is a vote for the irrational return to war.

The “Giant Sucking Sound”: Clinton Gave US NAFTA and Other Free Trade Sellouts

“There is no success story for workers to be found in North America 20 years after NAFTA,” states AFL-CIO president Richard Trumka. Unlike other failures of his Presidency, Bill Clinton can not run from NAFTA. It was Vice President Al Gore, not a veto-proof Republican congress, who lobbied to remove trade barriers with low-wage Mexico.

The record of free trade is clear. Multinational corporations and Wall Street speculators realize incredible profits, wages remain stagnant in the US, poverty persists in the developing world, and the remaining industrial corporations in America and Canada are increasingly owned by Chinese, Indian and other foreign interests.

America’s free trade policy is upside down. Besides Canada, Australia and Korea, most of our “free” trade partners are low-wage sweatshop paradises like Mexico, Chile, Panama, Guatemala, Bahrain and Oman. The US does in fact apply tariffs on most goods and on most nations of origin – rates are set by the US International Trade Commission (USTIC), a quasi-public federal agency.

Since a German- or Japanese-made automobile would under USITC’s schedule be taxed 10% upon importation, Volkswagen and Toyota can circumvent taxation by simply building their auto assembly plants for the US market in Mexico. In Detroit, an auto assembly worker is paid between $14 and $28/hour, ($29,120-$58,240/yr); hard work for modest pay. In Mexico, the rate varies from $2-5/hour.

In China, all automobile imports regardless of origin are tariffed as high as 25%. This allows the Chinese to attract joint ventures with Volkswagen and Toyota, and to paraphrase Abraham Lincoln, “keep the jobs, the cars and the money.”

NAFTA-related job loss is not a question of productivity, currency manipulation, “fair trade,” environmental standards, etc. While these issues are not trivial, free trade – as Lincoln’s advisor Henry C. Carey proved – is a matter of simple accounting. Can an American family survive on $4,160/year ($2/hr)? If not, cars and their components will be built in Mexico. If we want cars built in the United States, the only solution is a general tariff (import tax) reflecting the difference between those wage standards, like the very tariffs repealed by Bill Clinton.

In the United States the “runaway shop” under NAFTA and CAFTA has sent trade deficits and unemployment soaring while wages drop relative to the cost of living. Yet Mexico and other “partners” receive no benefit either. Many manufacturing sectors in Mexico pay wages lower than the equivalent sector in China. Mexico is now the world leader in illegal narcotics exportation and weapons importation. The poverty level between 1994 and 2009 remained virtually identical. (52.4% – 52.3%). The shipping of raw materials to Mexico comprise the majority of so called American “exports”. The finished products from these exports are assembled and sold back to the United States at slave labor prices.

Don’t expect Hillary to behave differently with the coming “Trans-Pacific Partnership,” which seeks to replace an ascendant China with less-developed Vietnam and Malaysia. Vietnam would overtake India-allied Bangladesh in the global apparel trade, and Malaysia has a high-tech manufacturing sector poised to rival China’s. With America’s manufacturing economy in shambles, the Clinton machine can now be redirected to geopolitical maneuvers. Continue reading Not the Lesser of Two Evils: Why Hillary Clinton Is Unfit for the Presidency.