During his tour through Brazil and Peru, China’s Prime Minister Li Keqiang committed to the construction of the “Silk Road” of South America; a continental train that would connect the Atlantic to the Pacific. Within its objectives, this mega-project will seek to impulse the industrialization and with that, to promote economic development in the region. 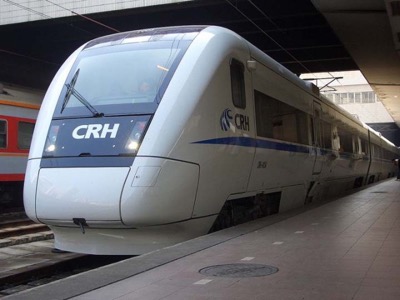 As the United States insists on articulating regional integral schemes oriented towards restraining its rise as world power (Transpacific Partnership, Pacific Alliance, etc.), China relies on the construction of economic corridors in land and maritime fields in diverse regions.

On a first stage, the Chinese government established the strengthening of economic and political links with the rest of the Asian Pacific as a priority. Although now, the links of the “Silk Road” are intended to be expanded to South America.

An enormous 5 300 km rail structure will be constructed between Brazil and Peru, it will be built throughout the Amazonia and the Andes Mountains with the objective of connecting the Atlantic Ocean with the Pacific Ocean. The continental railway will cost between 10 and 30 billion US dollars and if there aren’t any casualties it will be inaugurated by 2020.

Is not the first time that China shows interest in projects about railway structures in Latin America. The Tinaco-Anaco railway was built in Venezuela by China Railway Engineering Corporation with a 7.5 million US dollars investment. In mid-2014, the China South Railway won the tender for modernizing railway infrastructure of the Belgrano Cargas in Argentina.

However, in the majority of countries of this region land transport predominates due to the strong promotion of the American and European automobile industries since mid-50s. In Brazil, railways only represent the forth part of transport system’s total capacity. In this proportion near 35% was built more than half century ago.

In the same way, the goods exported to China are transported by road before setting sail by vessel through the pacific. Throughout the Panama Canal for example, it takes more than 30 days to reach its Asian destination. This situation raises the exportation costs of agricultural products and decreases the international commercial competitiveness of South America.

Facing the persistent global crisis it’s been manifested that the “economic bonanza” imposed by the high prices of commodities is an issue of past. According to the previsions elaborated by the International Monetary Fund (IMF), the increment of the GDP in the South American region for this year 2015 won’t be more than 1.5%.

In the case of Brazil, the investing decrease and the deceleration of the internal consumption, has caused a recession that threatens to prolongate. In annual terms, the economy has dropped to 0.81% in the first quarter of 2015, therefore it has been in continuous fall for six months. This has been its worst performance in the last two decades, according to the data published by the central bank [of Brazil].

On his visit in the third week of May, China’s Prime Minister, Li Keqiang, approved the purchase of 40 airplanes from Embraer, the construction of a automobile business park in São Paulo and a 4 billion US dollars credit extension to the Vale mining company, he also committed 7 billion US dollars for financing Petrobras, this represents a rest for the Workers Party (Partido dos Trabalhadores, PT) which had been suffering turbulences after corruption scandals in which various members were involved.

After its launch, the “Silk Road” will allow Brazilian entrepreneur to bring down costs for exporting grain to China in approximately 30 US dollars per ton. In the first phase, the interoceanic train will be able to transport 21 million tons between the Ilo Port (Peru) and the Açu Port (Brazil). In the second phase, its capacity is expected to be up to 35 million tons.

Now, the question is: what type of economic integration will be predominant between China and Latin America in the long run? With the exception of high benefits for a small bunch of “Trans-Latin-American” corporations under Brazil’s leadership, up until now, there is no evidence that would allow us to conclude that the cash flow from China (linked in its majority to infrastructure and exploitation of commodities) has privileged the massive construction of productive linkages in the region.

In a time of panic in the periphery and rentability crisis in the core of the system (United States of America, Euro Zone, Great Britain, Japan, etc.) it’s important to stress that China enriches its geopolitical influence in a global scale always looking forward to ensuring its food and energy security.

Although it’s true that the “Silk Road” would be set to radically transform the economic geography in South America, its promises of industrialization and development could only be evaluated in a retrospective manner.

Amazon, the Arsonists Shout “Fire”
“The Art of War”

Soros and the CIA Now Banking on Neves to Defeat Rousseff