In parallel with the USA-Iran negotiations


The secret projects of Israël and Saudi Arabia

The reponse by Tel-Aviv and Riyadh to the US-Iran negotiations can be found in the extension of Saudi financing of the war against Gaza in 2008 – the alliance between a colonial state and an obscurantist monarchy. While the Near East is preparing for a ten-year change in the rules of the game, Thierry Meyssan reveals here the contents of the secret negotiations between Tel-Aviv and Riyadh. 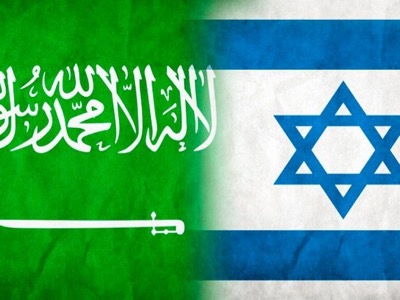 No-one in the Middle East seems to be aware that the secret agreements which should be signed on the 30th June 2015 by Washington and Teheran – on the fringe of the multilateral agreements concerning nuclear power – will probably set the rules of the game for the next ten years.

These agreements arrive at a moment when the United States have become the world’s first producers of petrol, ahead of Saudi Arabia and Russia. Consequently they do not need Middle-Eastern petrol for themselves, and are only interested in it as a means of maintaining the world market in dollars.

Besides this, Washington has begun to reposition the troops it has stationed in Western Europe and the Middle East to the Far East. This does not mean that it is abandoning these regions, but that it wishes to find another way of ensuring their security.

According to our information, for the last 17 months (in other words, since the announcement of the negotiations between Washington and Teheran, which have in fact been proceeding for the last 27 months), Tel-Aviv has been engaged in secret negotiations with Saudi Arabia. Extremely high-level delegations have met five times – in India, Italy and the Czech Republic.

The cooperation between Tel-Aviv and Riyadh is part of the US plan to create a « Common Arab Defence Force », under the auspices of the Arab League, but under Israeli command. This « Force » is already effective in Yemen, where Israeli pilots fly Saudi bombers within the framework of an Arab Coalition whose headquarters have been installed by the Israelis in Somaliland, a non-recognised state situated on the other side of the the Bab el-Mandeb straits [1].

However, Riyadh does not intend to officialise this cooperation as long as Tel-Aviv refuses the Arab Peace Initiative, presented to the Arab League in 2002 by Prince Abdullah before he became king [2].

Israël and Saudi Arabia have reached agreement on several objectives.

On the political level :

To « democratise » the Gulf States, in other words, to associate the people in the management of their countries, while affirming the intangibility of the the monarchy and the Wahhabite way of life ; To change the political system in Iran (and no longer wage war on Iran) ;

To create an independent Kurdistan in such a way as to weaken Iran, Turkey (despite the fact that it is a long-standing ally of Israël), and Iraq (but not Syria, which is already seriously weakened).

On the economic level :

To exploit the Rub’al-Khali oil-fields and organise a federation between Saudi Arabia, Yemen, and perhaps Oman and the United Arab Emirates ;

To exploit the Ogaden oil-fields, under Ethiopian control, secure the Yemeni port of Aden, and build a bridge linking Djibouti and Yemen.

In other words, while Tel-Aviv and Riyadh are making the best of a bad deal, and accepting that two thirds of Iraq, Syria, and half of Lebanon will be controlled by Iran, they intend :

To ensure that Iran gives up on the exportation of its revolution ;

To control the rest of the region by excluding Turkey, which took over from Saudi Arabia in the supervision of international terrorism, and has just lost in Syria.

The international recognition of a Palestinian state, in conformity with the Oslo agreements and according to the Arab Peace Initiative, will be the affair of only a few moths once the US-Iran agreements have been signed.

The Palestinian Unity Government, which has never really functioned, suddenly resigned. It seems certain that Mahmoud Abbas’ Fatah will be largely supported by its people as soon as the Palestinian state enters the United Nations.

Hamas, which since 2008 has represented the Resistance, has suddenly discredited itself by officialising its membership of the Muslim Brotherhood (while the Brotherhood has attempted several coups d’etat in Saudi Arabia) and also by taking arms against the only state in the region which is effectively pro-Palestinian, the Syrian Arab Republic. Consequently, in order to clean up its image, it has decided to act with greater discretion and only support non-violent actions.

The recognition of the Palestinian state will put an end to the right of return of the Palestinians who were chased off their land, but will open a new status for them. The United States and Saudi Arabia will invest massively to develop the economy of the new state.

Already, several candidates are readying themselves to replace Mahmoud Abbas (who is 80 years old, and whose mandate expired in 2009). Among them is Mohammed Dahlan, the ex-head of security who is suspected of organising the poisoning of Yasser Arafat, and was obliged to leave the country in 2007. After having worked for the United Arab Emirates, he then obtained Montenegrin nationality – like the ex-Prime Minister of Thailand, Thaksin Shinawatra - and also Serbian nationality. He returned to Palestine in February with the help of his old adversaries from Hamas. Having become a billionaire, he bought combattants and election voices hand over fist. A more serious candidate could be Marouane Barghouti, who is presently purging five life sentences in an Israëli prison, and who could be freed within the framework of the peace agreement. He is in fact the only uncorrupted Palestinian personnality to have so far escaped the Mossad killers.

In this context, the journey to Russia by Prince Mohamad bin Salman, son of King Salman of Saudi Arabia, caused general consternation and a Press campaign suggesting that he hoped to negotiate the end of Russian aid to Syria. The visit came a week after the trip by the Director of the Organisation of Islamic Cooperation, Iyad bin Amin Madani. He was accompanied by several ministers and about thirty businessmen. The Saudi delegation participated in the Economic Forum in Saint Petersburg, where the Prince was received by President Vladimir Putin.

Since its creation, the Wahhabite kingdom has maintained privileged relations with the United States, and considered the Soviet Union, and then Russia, as adversaries. It seems that this is changing.

The considerable importance of the economic agreements and cooperation, which have been signed, initiate a new form of politics. Saudi Arabia has bought 19 nuclear power plants, agreed to participate in the Russian programme for space research, and also negotiated petrol agreements whose details have not yet been published.

To avoid any ambiguity about this reconciliation, President Putin said that Russia will make no modification to its support for Syria, and would assist any political solution which conforms to the wishes of the Syrian people. In previous statements, he has indicated that this implies the maintenance of President el-Assad until the end of the seven-year mandate for which he has been democratically elected.

The losers in this redistribution

Everything indicates that once the US-Iran agreements have been signed [3], the losers will be :

The Palestinian people, who will be deprived of their inalienable right of return, for which three generations have been fighting ;

Turkey, which may pay a high price for its hegemonic dream, its support for the Muslim Brotherhood, and its defeat in Syria [4] ;

France, which, for the last four years has been struggling to re-establish its colonial interests in the region, and now finds itself, finally, as a simple supplier for Israël and Saudi Arabia [5].

[2] “The Arab Peace Initiative on Recognition of Israel in Return for Israeli-Palestinian Peace”, Voltaire Network, 28 March 2002.

[3] “What will become of the Near East after the agreement between Washington and Teheran ?”, by Thierry Meyssan, Translation Pete Kimberley, Voltaire Network, 23 May 2015.