First consequences of the 5+1 agreement

Western politicians and journalists don’t seem to know what to make of the 5+1 agreement. Many of them do not believe in our analyses and fail to understand what has in fact been negotiated. However, for Thierry Meyssan, at least three events this week seem to be directly connected to the agreement. 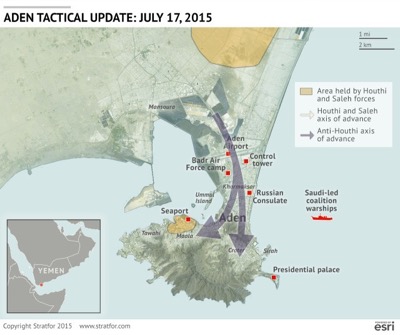 The signature of the « 5+1 » agreement with Iran about its nuclear programme is shaking up the Middle East, and consequently, the world order. Although international commentators are extremely hesitant about what is coming next, I shall continue my analysis on the basis of what I have been publishing since the beginning of the negotiations.

Having neutralised the Cuban opposition, the neutralisation of the Iranian opposition is a master-stroke for Barack Obama, because it leaves Russia and China isolated. And indeed, it really is a neutralisation – while Iran has not completely abandoned the anti-imperialist ideals of Ali Shariati and the Imam Rouhollah Khomeiny, it has renounced the idea of entering into conflict with the United States, which means it has given up the idea of exporting the revolution.

Although we know nothing about the different bilateral side-agreements between Washington and Teheran, we can see - within less than a week - a new landscape beginning to unfold, which, for the moment, conforms to my predictions [1].

While US politicians argued about whether or not they are going to support the agreement, Iran withdrew from Aden, which immediately fell into the hands of the Common Arab Force, in other words, and contrary to what its its name suggests, Israël and Saudi Arabia. This action puts the Bab el-Mandeb Straits back under the control of NATO. The Saudi Ben Laden Group could build a bridge across the Red Sea linking Yemen to Djibouti. Israël and Saudi Arabia would then be able to exploit the natural reserves in Ogaden (Éthiopia).

In Lebanon, the ex-Minister for Information, Michel Samaha, who has been imprisoned since 2012 for having prepared terrorist actions in his country under the orders of Syrian President Bachar el-Assad and General Ali Mamelouk, head of the Syrian secret services, has suddenly repudiated his confession. He also questioned the videos produced by the Lebanese police (FSI) in order to incriminate him, and demanded that these documents should be published in their entirety, which could radically alter their interpretation. By doing so, Mr. Samaha could deprive the enemies of Syria of their only argument against the Syrian state, during his trial before the military Court of Appeal on the 17th September. After the collapse of the anti-Syrian accusations in the Hariri affair, the Samaha affair is the only remaining case which enables the accusation of Bachar el-Assad’s Syria of terrorism.

The almost simultaneous arrest of 29 smugglers in Turkey and 431 jihadists in Saudi Arabia are the first significative actions by Ankara and Riyad against Daesh. While it is still too soon to say if the two states will effectively abandon their leadership (for the former) and their financing (for the latter) of the terrorist group, they seems to be moving in that direction. Their objective would not be destroy Daesh, but to chase it out of the Middle East. Apart from that, the US Secretary of Defence, Ashton Carter, should be arriving in the area on the 21st July in order to implement the decisions taken on the 14th May by the Gulf Cooperation Council at Camp David. In other words, to give the Common Arab Force the means of fighting Daesh.

Several potential actors have not yet spoken up, in particular, the Europeans. It is most unlikely that they will oppose the implementation of the agreement, on the contrary, they will probably attempt to play a part. On this subject, the German Minister for Foreign Affairs, Frank-Walter Steinmeier, has evoked the possibility of favouring peace in Syria by organising a 5+1-type conference on the question. Even though it’s hard to see the legitimacy of such an idea, this sort of initiative should not trouble Washington. On the one hand, it would enable the US to change it’s policy on Syria more easily. On the other, the territories occupied by the Europeans would mean less space for Iran. In any case, for Barack Obama, in Syria, the time has come to « deal with the winner. ».

[1] Read my weekly chronicles for the last two years. In particular, these six articles :

« What will become of the Middle East after the agreement between Washington and Teheran ? » (18th May 2015),