This study adds to the preceding. It shows that the current wave of migration to Europe is organized to direct human crowds to Germany. 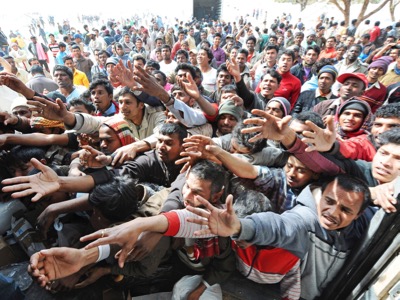 Content-analysis of a great number of tweets that triggered the ongoing wave of migration from Turkey to Germany since August this year suggests that these human streams were inspired and channeled from outside of the continental Europe.

According to Vladimir Shalak [1] from the Russian Academy of Science who developed the Internet Content-Analysis System for Twitter (Scai4Twi), his study of over 19000 refugees-related original tweets (retweets discounted) demonstrates that the vast majority of them mention Germany and Austria as the most refugee-welcoming countries in Europe: 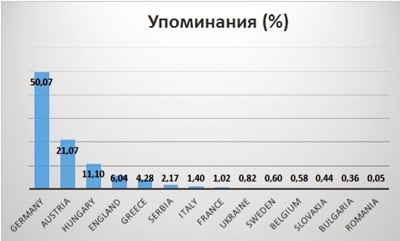 Importantly, 93% of all tweets dedicated to Germany contained positive references to German hospitality and its refugee policy:

Analysis of 5704 original tweets containing #RefugeesWelcome” hashtag and a country name lead to even larger gap between Germany and the rest of Europe: 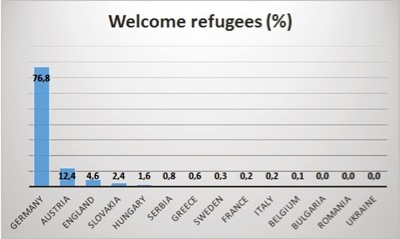 The next step is to study the source twitter accounts where the hashtag #RefugeesWelcome + Germany originate. Next diagram shows the countries of origin of the relevant twitter accounts (where they could be idenfitied): 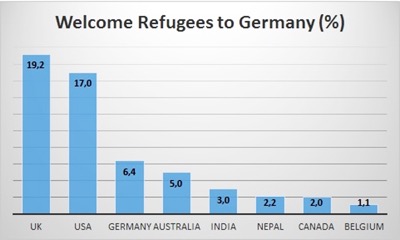 As you see, only 6,4% of all tweets with “#RefugeesWelcome”+Germany came from Germany itself. Almost half of them were originated from UK, USA and Australia! Looks like your remote planetmates are blushlessly inviting guests to visit your home without inquiring your opinion beforehand!

A couple of popular samples: 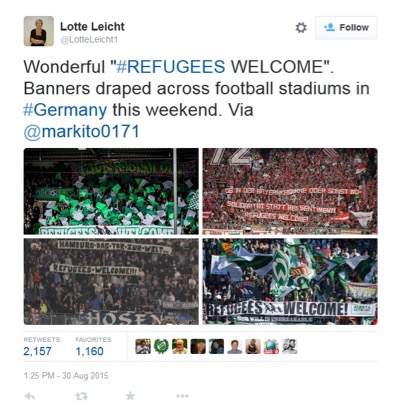 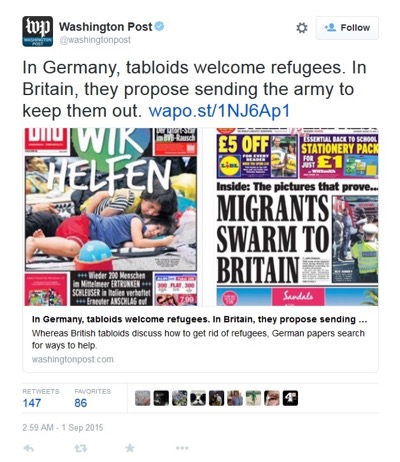 Further analysis shows that it was only a beginning. A whole army of netbots has galvanized ‘hit-the-fan’ effect to the topic.

«Thousands Welcome Refugees to Germany at Dresden Rally: Thousands of people took to the streets of the German city of Dresden on Satu…»

On Sept 1 at 07:29AM 95 netbots owned by Media for Social and Cultural Impact, Dallas, Texas, USA publish the following tweets:

«German Soccer Fans Welcome Refugees Amid Ongoing Crisis: As Europe faces the challenge of a wave of migration…»

Needless to say that every original tweet was multiplied in dozens of copies and spreaded Twitter-wide.