Russia must work with, not against, America in Syria 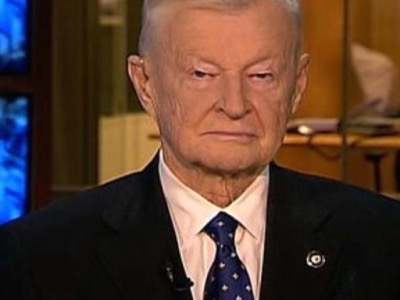 We all know how the first worldwar started. Individual acts of violence cumulatively set in motion irreversible military operations that lackedoverall strategic guidance as well as a larger clarity of purpose. The rest is history: a four year slaughter conducted for the sake of ambitious goals largely formulated ex post facto by the victorious powers.

There is still time to avert a painful repetition, this time exploding in the Middle East, and in Syria specifically. I supported President Barack Obama’s initial decision not to use force in the Syrian tragedy. The use of US power to remove President Bashar al-Assad from office—so eagerly advocated by some of our friends in the Middle East —made no sense in the absence of genuine domestic consensus in favour of it either in Syria or in America. Moreover, whether we like it or not, Mr Assad was neither inclined to accommodate Washington’s urgings that he step down nor intimidated by helter-skelter US efforts to organise effective democratic resistance to his rule.

A breakthrough has since been achieved, however, in the very difficult nuclear negotiations with Iran, in which both the US and Russia co-operated with other leading powers to overcome the obstacles. One might have thought, therefore, that the next phase in coping with the Syrian problem might involve a renewed effort to resolve it, this time with the help of such important signatories as China and Russia.

Instead, Moscow has chosen to intervene militarily, but without political or tactical co-operation with the US—the principal foreign power engaged in unseat Mr Assad. In doing so it launched air attacks at Syrian elements that are sponsored, trained and equipped by the Americans, inflicting damage and causing casualties. At best, it was a display of Russian military incompetence; at worst, evidence of a dangerous desire to highlight American political impotence. In either case, the future of the region, and American credibility among the states of the Middle East, are both at stake. In these rapidly unfolding circumstances the US has only one real option if it is to protect its wider stakes in the region: to convey to Moscow the demand that it cease and desist from military actions that directly affect direct, if not very effective, efforts to American assets. Russia has every right to support Mr Assad, if it so wishes—but any repetition of what has just transpired will prompt US retaliation.

The Russian naval and air presences in Syria are vulnerable, isolated geographically from their homeland. They could be “disarmed” if they persist in provoking the US. But, better still, Russia might be persuaded to act with the US in seeking a wider accommodation to a regional problem that transcends the interests of a single state.

Were that to happen, even some limited American-Russian political and military collaboration on the Middle East might prompt a further positive geopolitical development: constructive engagement on the part of China incontaining the dangers of a wider Middle East explosion. Beijing has a significant economic stake in the prevention of a larger Middle East conflict. It should not only be interested inpreventing the further spread of chaos but also in increasing its own regional influence.

France and Britain can no longer play a decisive role in the Middle East. The US is finding it hard to play such a role alone. The region itself is split on religious, political, ethnical and territorial lines, and slipping into widening violence. This calls for outside assistance but not for a new form of neocolonial domination. US power, intelligently and decisively applied in pursuit of a new formulafor regional stability, isneeded.

China would doubtless prefer to stay on the sidelines. It might calculate that it will then be in a better position to pick up the pieces. But the regional chaos could easily spread northeastward, eventually engulfing central and northeastern Asia. Both Russia and then China could be adversely affected. But American interests and America’s friends—not to mention regional stability— would also suffer. It is time, therefore, for strategic boldness.

Source : “Russia must work with, not against, America in Syria”, by Zbigniew Brzeziński, Financial Times (Royaume-Uni), Voltaire Network, 5 October 2015, www.voltairenet.org/article189039.html

Zbigniew Brzezinski was the National Security Adviser of President Carter and executive director of the Trilateral Commission. He is a member of the Center for Strategic and International Studies. Among his best known works is The Grand Chessboard.

Toward a Global Realignment

“The real choice in Iraq”

Source : “Russia must work with, not against, America in Syria”, by Zbigniew Brzeziński, Financial Times (Royaume-Uni) , Voltaire Network, 5 October 2015, www.voltairenet.org/article189039.html