We all know what is happening in Crimea, but the story of this Serbian journalist explains, by the reactions it provoked, the reasons why very few western journalists report on the situation. 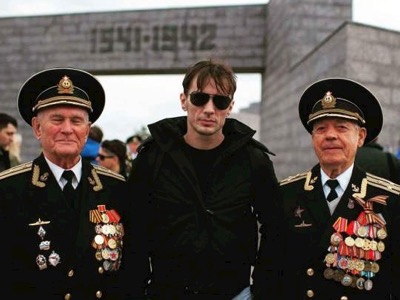 Last week I spent a few days in the Crimea, where I attended the second international conference for young journalists, entitled "The Crimea - view from another angle." Over 70 journalists attended the meeting, aged less than 35 and coming from 20 countries of Europe and Asia. The goal was to inform the journalists about the situation in Crimea, on the spot, in order to rule out all negative and false stories that we have been reading since a couple of months in the Western media. Namely, some French newspapers have recently published articles describing a disastrous situation in Crimea, with empty supermarkets, with no food, saying that prices have increased, while the wages have remained the same as before, and other media published similar stories following this same pattern.

It was notorious lies, and I had the opportunity to see it by myself, other journalists have understood this too, and among them there were representatives of Serbia (Radio Television Serbia – RTS, the daily Kurir, Njuzvik) as well as the excellent team from Radio Television of Republika Srpska [Serb entity in Bosnia and Herzegovina], with whom I made some inquiries, but there were also journalists from Greece, Belgium, Kyrgyzstan.

Many may think that it was Russian or Crimean propaganda, which is absolutely not true because the organizers, among whom there were serious journalists of the journalists Organization from Crimea, that were very clear about the media freedom. I especially liked the speech of the secretary of the organization mentioned above, who said: "Gentlemen, you are in Crimea. Write only the truth about what you see here."

Of course, I was informed about Crimea before the trip, about its history, its people, and also about the economic situation, both from the Western media and in the media of the Eastern countries. Crimea was part of Russia until 1954, and what shows its importance to the rulers and the great men, were the impressive castle of the Romanov dynasty, where they spent their summers, as well as the house of one of the greatest writers of all time, Anton Pavlovich Chekhov.

Nikita Khrushchev, Ukrainian, and the first Soviet leader after Stalin, annexes Crimea to Ukraine in 1954. Was Khrushchev a visionary and he foresaw the disintegration of the USSR, or did he annex Crimea for easier organization of the system because Kiev was near? Today, one can only try to guess. But one thing is certain: in Crimea, the majority population is Russian, followed by Ukrainians, but there is also a large number of ethnic minorities such as Germans, Greeks, Tatars and Armenians. I spoke with their representatives and they all told me the same thing: Russia gave hope to all the citizens of Crimea, regardless of their nationality.

Indeed, Crimea is a famous seaside resort, achieving an exceptional profit through tourism. Money earned in Crimea used to be sent to Kiev, according to a centralized system, and only a small portion of that money remained in Crimea. The proof of it is the city of Simferopol, where it seems that time stopped in the 90s. Although the city has an airport and an impressive theatre, roads, facades and its appearance in general show that nothing has been rebuilt in this city since the collapse of the Soviet Union, which means that Ukraine, using the tax collection centralized system, took advantage of Crimea, namely, it diverted the funds for its own benefit. The citizens have had enough of such a behaviour from Kiev.

Regarding Yalta and Sevastopol, which are coastal cities, the situation is completely different to what is presented in the Western media. It is true that the prices are a bit higher than in the cities in the hinterland, but they are touristic places and it is natural that they are a bit more expensive. But if we compare these prices with those of Belgrade, some products such as food or clothing, are significantly cheaper. From the time when Crimea became a part of Russia, prices have increased by 2.5 points, which has already been written in the Western media, except that they forgot to mention that the salaries and retirement allowances have been increased by 3 points, which shows an improvement in the economic situation.

The shops are full, the public transportation is well organized, although there are not many buses, which is normal since everyone has a car, and the price of diesel is very low compared to the price in Serbia.

I also had the opportunity to discuss with some Ukrainians. They said they considered those being in power in Kiev as fascist and that they would never get in a dispute with the Russians because of Kiev, because they have been living together for centuries. Tatars and other ethnic minorities feel the same, and they say that the improvement of the economic situation has given them hope for their development because they have seen only stagnation since the collapse of the Soviet Union. Images and painted walls with Putin are everywhere, and we could feel a peaceful dose of patriotism among the population.

During the last days of the conference, the government in Kiev and the Kiev journalists organization have published a text and a statement describing all the participants of our conference as a "gang of journalists", while mentioning an entry ban in Ukraine as well as a sentence of up to five and a half years of prison for violation of the territorial integrity of Ukraine.

Since no one ever called me a bandit, I considered their statement as a compliment, because these exact words were used by the fascists about the Resistance during the Second World War.

Writer, poet and journalist. He has published the following novels: The Oath in 2010 (Zavet), There is no way to fail in 2012 (Nema Sanse da ne uspem), The Oath of the heros in 2014 (Zavet heroja) and a collection of poems The dawn of eternity in 2014 (Osvit večnosti).
His novel The Oath of heroes was published in Russian on the occasion of the centenary of the Great War with a foreword by Sergei Naryshkin, Chairman of the State Duma of Russia.