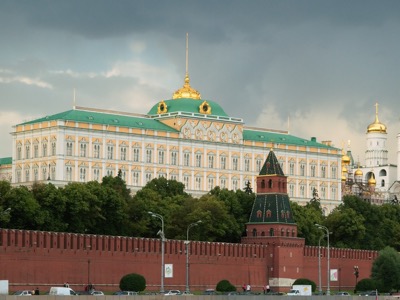 a) Ban on or limitation of foreign economic operations envisaging the import to the territory of the Russian Federation of certain goods originating from the Turkish Republic as listed by the Russian Federation Government (except for goods imported for personal use in amounts established by Eurasian Economic Union regulations);

b) Ban on or limitation of certain types of work (services) rendered on the territory of Russia by organisations under the jurisdiction of the Turkish Republic in line with a list established by the Russian Federation Government;

c) Ban for employers, contractors of work (services) not listed by the Russian Federation Government to employ as of January 1, 2016, citizens of the Turkish Republic who are not bound by employment and/or legal civil contracts with the said employers on December 31, 2015.

The President has also resolved as of January 1, 2016, pursuant to Federal Law On International Agreements of the Russian Federation of July 15, 1995 and item 1, Article 10 of the Agreement between the Government of the Russian Federation and the Government of the Turkish Republic on terms of mutual visits by citizens of Russia and Turkey of May 12, 2010, to suspend the said Agreement with regard to trips by citizens of Turkey in possession of ordinary foreign passports, with the exception of those citizens of Turkey who have temporary or permanent residence permits on the territory of Russia, as well as those citizens of Turkey who have been assigned to diplomatic representations and consulates of the Turkish Republic on the territory of Russia, who hold valid service and special passports, and their family members.

The Russian Federation Foreign Ministry is to notify the Turkish Republic in line with the established procedure of the partial suspension of the aforesaid Agreement.

The Executive Order also states that travel agents and operators are to suspend the sale to Russian citizens of products that envisage visiting the territory of the Turkish Republic.

Relevant instructions have been issued to the Russian Federation Government.

The Government has also been issued instructions to take measures to introduce a ban on charter flights between Russia and Turkey; to enhance control over the activity of Turkish trucking companies on the Russian territory to ensure security; to enhance control at ports and ensure the transportation safety of Russian seaports in the Azov-Black Sea area, including the prevention of the illegal presence and movement of marine and other vessels within the waters of Russian seaports.

The Government was also given instructions to submit proposals, if necessary, regarding changes to the duration or nature of the special economic and other measures envisaged by the Executive Order.

The Executive Order comes into effect on the day of its official publication and remains in effect until the special economic and other measures established thereunder are cancelled.