In spite of the fierce opposition of the US treasury Department, on November 30 the IMF finally approved the inclusion of the yuan in the Special Drawing Rights, the currency basket created in 1969 to complement the official reserves of the members of the multilateral organization. With this the Chinese currency will become, next October 1 (2016), part of the integrating fifth of the IMF basket. The financial influence of China on a world scale will continue to grow at high velocity: the weight of the yuan in the Special Drawing Rights will be greater in comparison with the Japanese yen and the pound sterling. 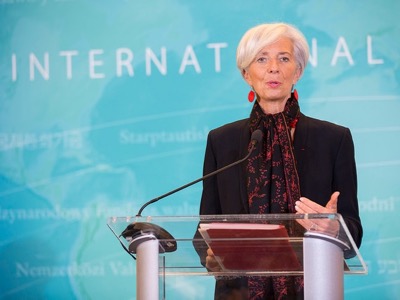 A few months ago there was considerable skepticism as to whether the International Monetary Fund (IMF) would incorporate the Chinese «people’s currency» (‘renminbi’) in their basket of currencies [1]. Finally, the doubts disappeared: in spite of the fierce opposition of the US Treasury Department, very soon the yuan will become the fifth member of the currency basket of the IMF [2].

How did we get here? In the midst of the crisis of fixed parities –that was established in 1944 –, in 1969 the IMF created some reserve actions, that are called Special Drawing Rights (SDR). As the Federal Reserve System (FED) of the United States found it impossible to exchange for gold the excessive quantity of dollars that the central banks of the rest of the world had accumulated, the objective of the DEG was to complement the official reserves of the countries that formed the IMF.

At first the value of the DEG was defined as the equivalent of 0.888671 grams of fine gold. Already in a second moment, after the fall of the Bretton Woods agreement, the value of the DEG was established in reference to a basket of currencies of the biggest economies of the time: the United States, Germany, Japan, the United Kingdom and France. At the end of the 1990s, the IMF basket was left conformed to the dollar, the euro, the Japanese yen and the pound sterling.

From then on, there were no more changes. In spite of the enormous transformations in world political and economic situation through the last decades, the composition of the IMF basket remained unchanged.

The deterioration of the US economy did not deprive the dollar of its dominant position: in 2011 the dollar represented almost 42% of the DEG; followed by the euro with 37.4%; the pound sterling, with 11.33%; and the Japanese yen with 9.44%. Nevertheless, after this November30 the Executive Directorate of the IMF decided to add the Chinese currency and the composition of the basket will finally change [3].

«The inclusion of the yuan will increase the representation and the attractiveness of the DEG and will help to improve the current international monetary system, a circumstance that will benefit both China and the rest of the world», said the People’s Bank of China in a communiqué [4].

In 2009, Beijing had already indicated that they aspired to include the yuan a world reserve currency. As I have noted in previous articles, the internationalization of the yuan is based on «gradualism» and is backed up, above all, by the commercial strength of China.

In recent years the Popular Bank of China has signed currency swaps with over 40 central banks, from those located in the Asian-Pacific countries, Africa and Europe and those of Chile and Canada, fervent allies of the United States. Nor can the installation overseas of banks of liquidation be forgotten. These facilitate the use of the yuan (‘RMB clearing banks’) as well as the concession of investment quotas to participate in the Chinese Program of Foreign Institutional Investments Qualified in Renminbi (RQFII).

Nevertheless, these measures were hardly sufficient for the yuan to enter the big leagues. It was necessary to gain the recognition of a decisive institution in financial management, such as the IMF. China began to win the battle in August, when it devalued the yuan. Immediately, Beijing insisted that this was a temporal action; that is, that there would be no prolonged devaluations [5].

It was at this time that the managing director of the IMF, Christine Lagarde, spoke out to calm the spirits of investors, with which she neutralized the US propaganda that made China responsible for the global economic turbulences [6].

On the other hand, Beijing has not ceased their program of «structural reforms»; on the contrary, they propose to accelerate the opening of their financial structure. Everything points to the liberalization of exchange rates and interest rates, as well as the capital market. After connecting the stock markets of Shanghai and Hong Kong in November of 2014 [7], now China contemplates establishing a stock team with London [8].

In conclusion, although the yuan still has a long route to run before being in condition to compete face to face with the dollar, there is no doubt that its coming inclusion in the IMF basket constitutes a historical landmark [9]. The world of finance is changing…

[4] “PBC Welcomes IMF Executive Board`s Decision to Include the RMB into the SDR Currency Basket”, People’s Bank of China, Decembre 1, 2015.