Apparently the year 2015 marks the beginning of the new IMF interior revolution. First the incorporation of the yuan into the SDR’s was approved, the reserve basket created in 1969 to serve as a supplement of member nations’ official reserves. And now, thanks to approval from the US Congress, the IMF will finally be able to implement the reform of the quotas representation system, China and other emerging countries will increase their power in decision-making, whilst European countries will lose relevance. However, it is still too early to conclude that this is a radical transformation of the correlation of forces inside the IMF: The United States will retain its powers of veto. 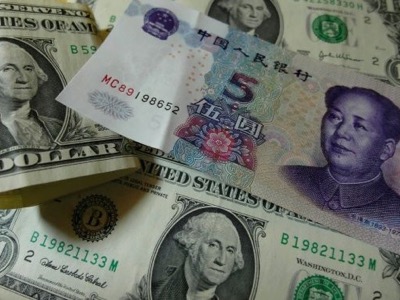 The United States seem to have finally understood that in order to keep its global leadership, it is more counterproductive to repudiate the growing role of China and other emerging powers than it is to share the responsibilities of international financial management. For this reason, and very regretfully, Washington has had no other alternative but to grant important concessions to its adversaries through the International Monetary Fund (IMF) [1].

In the first instance, the last week of November, the IMF decided to incorporate the yuan into the Special Drawing Rights (SDR), the reserve currency basket created at the end of the 1960s in order to supplement the official reserves of its members. Although inside the Fund several American officials were opposed from the beginning, at the end of the day Beijing committed itself to moving forward with the liberalization of its financial sector.

Until now the People’s Bank of China has signed nearly forty bilateral currency swaps agreements. This year the central banks of Surinam, South Africa and Chile have started promoting among their companies the abandonment of the dollar. To an increasing extent, the yuan is substituting the US currency in the Asian Giant’s commercial exchanges.

This strategy has allowed the yuan to become the second most used currency in commercial financing and the fourth in cross-border payments, according to numbers from the Society for Worldwide Interbank Financial Telecommunication (SWIFT) [2]. And sooner rather than later the Chinese currency will be fully convertible, that means, freely exchangeable in the market place.

Thus Communist Party leaders [of China] managed to break down the suspicions of executive IMF director Christine Lagarde: from the 1st of October 2016 the yuan will become the third most important currency in SDR composition [3]. The “people’s currency” (‘renminbi’) will have greater economic weight in IMF currency basket composition compared with Japanese yen and pound sterling, although it will still be under the euro and the dollar.

Secondly, last Friday 18th December, the US Congress gave the green light to the IMF to implement quotas representation system reform. Without a doubt, it is the most important change inside the IMF since 1944, the year when the Bretton Woods agreements were built. The new quotas distribution also means a significant breathing to the Fund in legitimacy terms.

After the 2008 economic collapse it was evident that the IMF did not have enough resources to face this lack of liquidity. No sovereign state had the intention of asking for its help. The IMF was decried following its action during the debt crisis in Latin America and South West Asia: It had shown that it was operating as the armed branch of the US Treasury Department, not as a multilateral fund responsible for stabilizing the balance of its adherents’ payments.

Thus, Dominique Strauss-Kahn, who was the IMF managing director between 2007 and 2011, convinced emerging countries to make new goals in exchange for the quota increase. The IMF Executive Board supported the proposal in 2010 within the framework of the 15th Major Overhaul of Quotas [4].

Then the initiative of reform was presented to the Board of Governors (embedded by all its members), to undergo the approval of all of the national parliaments. And then US government claimed its veto power. In order for a decision to be accredited by the Fund, a majority of 85% of the vote is required, and the United States alone counted for 16.7% of the total.

But some days ago, after five years of fervent opposition from the US Congress the inertia finally was broken. Quota system reformation will be a reality. Resources available to the IMF have doubled, and they will increase to 659.67 billion US dollars. It is worth stressing that the quota assigned to a country determines the maximum level of its financial commitments to the IMF and its number of votes in the institution, and is a factor determines its access to IMF finances.

The greatest progress corresponds to China, whose right to vote will change from 3.8% to 6%, therefore, it will be the third most powerful country, behind the United States and Japan. Brazil has risen four positions, while India and Russia have entered into the lost of the top ten most powerful. However, European assignation has fallen. With the exception of Spain’s quota, which will increase from 1.68% to 2%, Germany, France, Italy and United Kingdom will reduce their participation.

“The reforms significantly increase the IMF’s core resources, enabling us to respond to crises more effectively, and also improve the IMF’s governance by better reflecting the increasing role of dynamic emerging and developing countries in the global economy” Lagarde point out in a press release [5].

All out, unfortunately the United States will keep its veto power: its right to vote will just decrease two tenths, from 16.7% to 16.5%. Until now everything seems to say that leaders in Beijing don’t want to confront US domination within IMF, an institution that along it more for more than 70 years, has been the most important “lender of last resort” on a world scale, keeping in kind how many resources it has.

Nevertheless, financial cooperation mechanisms propelled by Beijing provide liquidity to countries in critical stages (liquidity problems), such as the Chiang Mai Initiative (formed by China, Japan, South Korea and ten more ASEAN countries) and the Contingent Reserves Arrangement of BRICS (also known as “mini-IMF”) with scarce monetary resources, they work with the dollar [9], and also depend on IMF endorsement to give loans from a certain limit.

Therefore, even if it is great news for the world that China and some other countries with large Gross Domestic Product (GDP) growth rate have managed to increase their IMF participation and to have two more places among the twenty four in the Executive Board, United States will continues to have a crushing domination.

If Washington does not agree in some detail, even if it is minimal, they will be able to veto any emerging countries’ proposals thanks to their veto power. There is no doubt that in any moment, China should exert pressure to avoid that just one country writes the game rules, a little time…

[3] “The yuan will be the third most powerful currency in the IMF basket”, by Ariel Noyola Rodríguez, Translation Jordan Bishop, Russia Today (Russia), Voltaire Network, 10 December 2015.