Towards the collapse of Saudi Arabia

While the Saud family enjoys the last few moments of its dictatorship, the decapitation of the leader of the opposition, Nimr al-Nimr, deprives half of the Saudi population of all hope. For Thierry Meyssan, the fall of the kingdom has become inevitable. It will probably be accompanied by a long period of extreme violence. 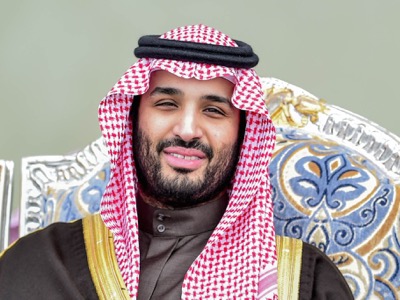 In one year, the new king of Saudi Arabia, Salman, 25th son of the founder of the dynasty, has managed to consolidate his personal authority to the detriment of other branches of his family, including the clan of Prince Bandar ben Sultan and that of the old King Abdallah. However, we don’t know what Washington has promised the losers in order to dissuade them from making attempts to regain their lost power. In any case, certain anonymous letters published in the British Press lead us to believe that they have not abandoned their ambitions.

Forced by his brothers to nominate Prince Mohamad ben Nayef as heir, King Salman quickly isolated him and restricted his powers to the advantage of his own son, Prince Mohammed ben Salman, whose reckless and brutal nature is not restrained by the family Council, which no longer meets. De facto, he and his father govern alone, as autocrats with no counter-power, in a country which has never elected a Parliament, and where political parties are forbidden.

So we have seen Prince Mohammed ben Salman take over presidency of the Council for Economic Affairs and Development, force a new direction on the Ben Laden Group, and seize control of Aramco. Each time, the goal is to distance his cousins from power and place liegemen at the head of the kingdom’s major companies. 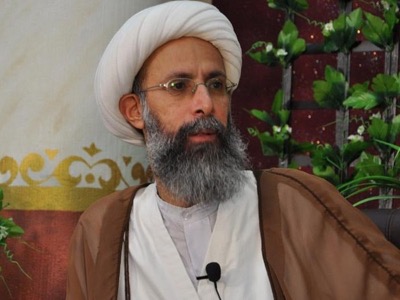 This is how Sheikh al-Nimr described the life of the Shiites in Saudi Arabia - « From the moment you are born, you are surrounded by fear, intimidation, persecution and abuse. We are born into an atmosphere of intimidation. We are even afraid of the walls. Who among us is not familiar with the intimidation and injustice to which we have been subjected in this country ? I am 55 years old, more than half a century. From the day I was born until today, I have never felt safe in this country. You are always being accused of something. You are always under threat. The Director of State Security admitted as much to me. He told me when I was arrested - “All of you Shiites should be killed”. That’s their logic. »

In terms of its interior policy, the régime favours only the Sunni or Wahhabi half of the population, and discriminates against the other half. Prince Mohammed ben Salman advised his father to have Sheikh Nimr Baqir al-Nimr decapitated because he had dared to defy him. In other words, the state condemned to death and executed the leader of the opposition, whose only crime was to have formulated and repeated the slogan - « Despotism is illegitimate ». The fact that this leader was a Sheikh of the Shia movement only reinforces the feeling of apartheid against non-Sunnis, who are forbidden a religious education, and also forbidden to enter into public service. As for non-Muslims, about a third of the population, they are not allowed to practise their religion and can not hope to receive Saudi nationality. 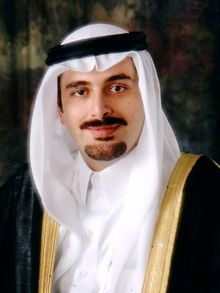 Saad Hariri, double national Lebano-Saudi. Leader of the Movement of the Future. Officially the son of Rafic Hariri, unofficially a prince of the Saudi royal family.

On the international level, Prince Mohammed and his father, King Salman, are implementing policies based on those of the Bedouin tribes of the kingdom. This is the only way of understanding both their continued financing of the Afghani Taliban and the Lebanese Movement of the Future, the Saudi repression of the Revolution in Bahreïn, their support for the jihadists in Syria and Iraq, and the invasion of Yemen. The Saudis always support the Sunnites – whom they consider to be closest to their state Wahhabism - not only against the Shiites of the twelver Ja’fari school, but primarily against enlightened Sunnis, then against all other religions (Ismaelians, Zaydis, Alevis, Alawites, Druzes, Sikhs, Catholics, Orthodox, Sabateans, Yazidis, Zoroastrians, Hindus, etc.). Above all, and in all cases, they support exclusively leaders from the major Saudi Sunni tribes.

Incidentally, we should note that the execution of Sheikh al-Nimr follows the creation of a vast anti-terrorist Coalition of 34 states led by Riyadh. Since we know that the victim, who always stood against the use of violence, was convicted for acts of « terrorisme » (sic), we may conclude that this Coalition is in fact a Sunni alliance against all other religions.

Prince Mohammed took it upon himself to launch the war against Yemen on the pretext of helping President Abd Rabbo Mansour Hadi, who had been overthrown by an alliance between the al-Houthi movement and the army of ex-President Ali Abdallah Saleh. In reality, the war was waged in order to seize the oil fields and exploit them with Israël. Predictably, the war went wrong, and the insurgents launched incursions inside Saudi Arabia, where the army fled, abandoning its equipment.

Saudi Arabia is therefore the only state in the world which is the property of a single man, governed by this autocrat and his son, who refuse any form of ideological debate, who will not tolerate any form of opposition, and who accept only tribal serfdom. What has for many years been considered a residue of the past called to adapt to the modern world has thus progressively congealed until it has become the very definition of an anachronistic kingdom.

The fall of the House of Saud may be provoked by a reduction in the price of oil. Incapable of reforming its life-style, the kingdom is borrowing hand over fist, to the point that according to financial analysts, it will probably collapse within two years. The partial sale of Aramco may temporarily postpone its demise, but this will only be possible at the cost of a loss of autonomy.

The decapitation of Sheikh al-Nimr will have been the straw that broke the camel’s back. The fall of Saudi Arabia is now inevitable because there is no hope left for the people who live there. The country will be plunged into a mixture of tribal revolts and social revolutions which will be far more murderous than the previous Middle-Eastern conflicts.

Far from acting to prevent this tragic end, the US protectors of the kingdom are awaiting it with impatience. They continually praise Prince Mohammed’s « wisdom », as if encouraging him to make even more mistakes. Already in September 2001, the US Committee of the Chiefs of Staff were working on a map for the re-modelling of the « wider Middle East », which planned for the separation of the country into five states. In July 2002, Washington was considering ways of getting rid of the Saud family, during a famous session of the Defense Policy Board. From now on, it’s just a matter of time.

Keep in mind : The United States have managed to solve the question of the succession of King Abdallah, but today, they are attempting to lead Saudi Arabia into error. Their objective is now to divide the countrry into five states. Wahhabism is the state religion, but the power of the Saud family, both interior and exterior, depends exclusively on Sunni tribes, while it subjects all other populations to apartheid. King Salman (80 years old) leaves the exercise of power to one of his children, Prince Mohammed (30 years old.) The Prince has seized control of his country’s major companies, has declared war on Yemen, and has just executed the leader of the opposition, Sheikh al-Nimr.