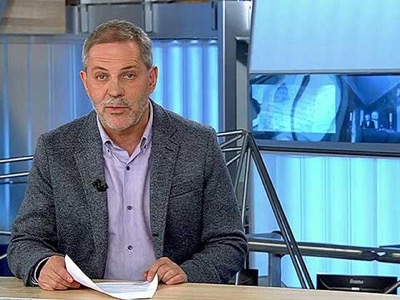 Syrian operations of Russian Military (VKS- military aerospace forces) caused an obvious confusion in the ranks of the "old" US allegedly anti-ISIS (DAESH, ISIL) coalition. The ultimate clarity of objectives, goals and means of achieving them clearly contrasts with the vagueness, ambiguity and the impotence of the US-Saudi coalition.

Vladimir Putin: "Radical solution of this problem is possible only through the restoration of statehood- where it was destroyed and by strengthening government institutions- where they are still preserved or recreated."

Our president has clearly stated the problem - protection and restoration of a legitimate state in the region. And it has to be initiated in Syria, which is now the reference point of the conflict. Syria is a "kill switch", preventing the collapse of the entire region into chaos. And Russia has decided to keep the "switch" working as nobody else, it appears, can do it.

Russian group of 30 strike aircraft of different types, in the first 6 days of operations, made 120 sorties, destroying 51 targets. For comparison, the US Air Force and its allies in the period from June 2014 to September 2015, made almost 57 thousand sorties on seven thousand targets.

Note that the actions of Russia,albeit very local, triggered a barrage of reaction everywhere. While a massive US-led coalition operations had virtually no reaction and no consequences,as it were. And it all happened because the goals and objectives of its activities were not known or understood by anyone. As for Russia, the military-technical task is formulated very specifically: in time and space. This task is- the support of the Syrian regular army offensive against militants positions in the period of this very offensive.

Deputy Director of Strategies and Technologies Analysis Centre, Konstantin Makienko: "If we talk about the purely military aspects of the operation, operations of this magnitude have not been undertaken in post-soviet period. Weare talking about operations that are carried out far abroad , in a distance of hundreds of kilometres and to deploy a large enough group is extremely complicated task not only in post-Soviet times. but also in Soviet times and it never happened. Thus, from a purely military point of view it is clear that the Armed forces of Russia, which was formerly known as the air force of Russia, now known as military aerospace forces, acquire a new quality. "

The clear motivation of the Russian position is so attractive that it seems that even the Obama administration fell under its charm. It seems that this situation has become a terrible strain for American "hawks", who ,actually , started all this bloody Middle Eastern mess in the first place.

"If Russians will be able to push through their vision of the situation in Syria, - writes Foreign Policy, -. America as a world leader will face a moment of truth . European governments, that from the beginning of the Syrian crisis spent political capital to support the actions of Washington, will be faced with the question, what if Putin was right all along? "