The Arsonists Are Shouting Fire 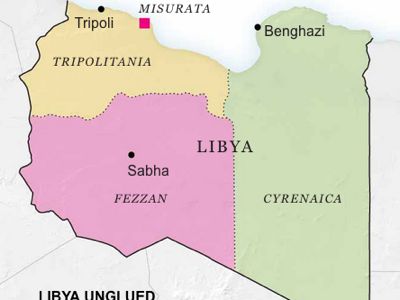 War that burns up Libya claims an ever-increasing number of victims not only on the ground but also at sea: many of the desperate, that try to cross the Mediterranean, drown. «From the depths of the sea they ask us what has become of our humanity.», writes Pier Luigi Bersani. First of all, he should ask himself what has become of his humanity and he should question his ethical and political judgment on 18 March 2011, when on the eve of the USA/NATO war against Libya, as secretary of the PD (the Democratic Party) he exclaimed «about time», highlighting that «article 11 of the Constitution outlaws war, not the use of force for just cause.».

Enrico Letta, who, with Bersani, appeals to our humanitarian sentiments, should recall 25 March 2011, when in his capacity as Vice-Secretary of the PD, he declared «warmongerers are against the international intervention in Libya and certainly not us, who are the architects of peace».

A «Left» that was hiding the true reasons – economic, political and strategic – for war, arguing through the mouth of Massimo D’Alema (already an expert in «humanitarian war» in Yugoslavia) that «in Libya war was already being waged, led by Gaddafi against his people who are rising up against him; a massacre that had to be quelled» (22 March 2011).

Substantially on the same page, on 24 February 2011 when the war had begun, the Secretary of the PRC (Partita della rifondazione comunista) Paolo Ferrero accused Berlusconi of having taken «days to condemn Gaddafi’s violence», claiming that it was necessary «to dismantle as quickly as possible the Libyan regime».

The same day, the young communists of the PRC, together with the «democrats» of the PD, attacked the embassy of Tripoli at Rome, burning the flag of the Libyan Republic and hoisting up that of King Idris (the same one that today flutters at Sirte besieged by the Jihadists, as shown on TG1 three days ago).

A «left» that goes much further than the right, pushing the Berlusconi government to war; at the beginning reticent (for reasons of interest) but suddenly after cynically tearing up the treaty of non-aggression, participated in the attack with bases and air and naval forces.

In seven months, the Usa/Nato aviation carried out 10,000 missions of attack, with more than 40,000 bombs and missiles, while special forces infiltrated in Libya among which are thousands of Quatarian commanders, and at the same time financed and armed Islamic groups which a little time before were defined as terrorists. These included those that, went to Syria to topple the government of Damascus and then established Isis and therefore the invasion of Iraq.

This is how the dissolution of the Libyan state occurred, provoking the forced exodus – and consequently the hecatomb in the Mediterranean– of African immigrants that had found work in this country.

Thus a civil war was triggered among tribal and religious sects, that fight for the control of the oil fields and coastal cities, today principally in the hands of those training members of ISIS.

Paolo Gentiloni, the Minister of Foreign Affairs of the Renzi government, after having confirmed that «toppling Gaddafi was a divine justification», sets off the alarm because «Italy is threatened by the situation in Libya, 200 marine miles away». He therefore announced that on Thursday, he will address Parliament regarding Italy’s potential participation in an international military intervention «in the UN context». In other words, in a second war in Libya presented as «peacekeeping», as Obama has already requested at Letta in June 2013, supported by Pinotti and approved by Berlusconi.

We are once again at a crossroads: what position will they take those what work to create a new left, and within it the unity of the communists.