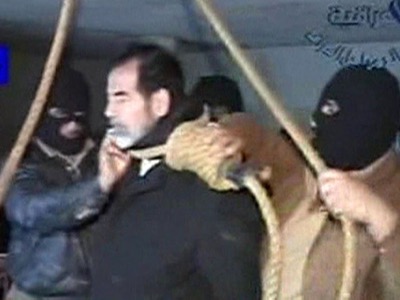 Twenty five years ago, in the early hours of 17 January 1991, Operation Desert Storm began in the Persian Gulf. This is the war against Iraq that opens the historical phase that we are currently living. The timing of the launch of this war: after the collapse of the Berlin Wall, the Warsaw Pact and the Soviet Union itself are on the verge of being torn up. This creates in the European region and Central Asian an entirely new geopolitical situation. And, on the global scale vanishes a superpower capable of standing up to the United States.

«President Bush is seizing this historical change», says Colin Powell. Washington immediately drafts «a new strategy for national security and a military strategy to support it». The Iraq attack at Kuwait, ordered by Saddam Hussein in August 1990, «allows the United States to implement its new strategy exactly when they begin to publish it».

Saddam Hussein, who becomes «the number one enemy», is the same person that the United States supported in the eighties in the war against an Iran, led by Khomeini, the then «number one enemy» of US interests in the Middle East. But when the war with Iran ends in 1988, the US fears that Iraq, that is also benefitting from Soviet help, will acquire a dominant role in the region. Accordingly, the US turns to the traditional policy of «divide and rule». Under the direction of Washington, the conduct of Kuwait also changes: it demands the immediate repayment of the debt contracted by Iraq. By exploiting the Rumaila oilfield that extends on both territories, it takes its own petrol production above the quota established by OPEC. It therefore damages Iraq, that emerged from the war with a foreign debt of more than 70 billion dollars, 40 billion dollars of which was owed to Kuwait and Saudi Arabia. At this point, Saddam Hussein is thinking of coming out of the impasse by «re-annexing» the Kuwait territory that, on the basis of the borders traced in 1922 by the British proconsul Sir Percy Cox, bar Iraq from accessing the Gulf.

Washington lets Baghdad think that it wants to stay out of the dispute. On 25 July 1990, while the Pentagon satellite shows that invasion is now imminent, the US ambassador at Baghdad, April Glaspie, assures Saddam Hussein that the United States wants to build optimal relations with Iraq and has no intention of interfering in the inter-Arab conflict. Saddam Hussein falls into the trap: a week later, on 1 August 1990, Iraqi forces invade Kuwait.

At this point, Washington, after an international coalition had been formed, sends to the Gulf a force of 750,000 men, of which 70% are US, under the orders of the General del Schwarzkopf. For 43 days, the US aviation and the allies make, with 2800 planes, more than 110,000 sorties, releasing 250,000 bombs, including cluster bombs that can release another 10 million sub-ammunitions. Participating in the bombings with the United States, are British, French, Italian, Greek, Spanish, Portuguese, Belgian, Dutch, Danish, Norwegian and Canadian air and naval forces. On 23 February, the troops of the coalition, including another half a million soldiers, launched an offensive on the ground. That ends on 28 February when President Bush declares a «temporary cease-fire». The war is followed by an embargo that makes more victims of the Iraqi people than the war: another million, half of which are children.

Immediately after the Gulf War, Washington sends out to its enemies and allies an unequivocable message: «the United States is the only state with a force, capacity and influence in every field – political, economic and military – that is truly global. There is no substitute for American leadership» (Strategy for US National Security, August 1991).

The Gulf War is the first war in which the Italian Republic participates under US command. This is in violation of article 11 of the US Constitution. NATO, although not officially participating as such in this war, makes available its forces and structures for military operations. A few months afterwards, in November 1991, the Atlantic Council launches, on the back of the new US strategy, the «new strategic concept of the Alliance». That same year Italy launches a «new model for defense» which, distorting the Constitution, indicates that the mission of armed forces is «the protection of the national interests wherever it may be necessary».

Thus born with the Gulf War, is the strategy that guides the successive war under US command, presented as «humanitarian peacekeeping operations»: Yugoslavia 1999, Afghanistan 2001, Iraq 2003, Libya 2011 and Syria from 2013. These are accompanied in the same strategic context by the wars that wage Israel against Lebanon and Gaza, Turkey against the Kurds of the PKK, Saudi Arabia against Yemen; by the formation of ISIS and other terrorist groups that are functional to the US/NATO strategy; by the use of Neo-Nazi forces for a coup d’etat in Ukraine functional to the new cold war against Russia. What President Bush said in August 1991 is prophetic but in another sense tragic: «The Gulf Crisis will go down in history as the melting pot of the new global order».