Canada’s stained human rights record: more than 6 000 native Canadian students died in Canadian residential schools that were shut down in 1996. 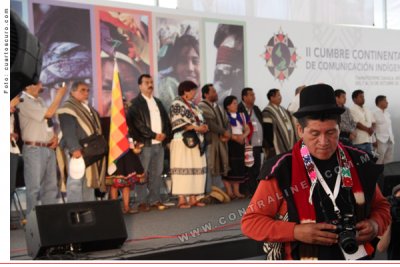 The Chief Justice of the Supreme Court of Justice, Beverly McLachlin, acknowledges it. Furthermore, she recently stated that Canada tried to commit a cultural genocide against the indigenous people and has developed a policy of excluding them and destroying their culture.

At the beginning of June, the Canadian Truth and Reconciliation Commission (the CVRC using the French acronym) published a report on the case, gathering testimonies from 6,750 survivors and former employees of these educational centres for the aboriginal population. It is drafting a hundred proposals for different levels of government.

One recommendation calls for the Canadian authorities to adopt in full the United Nations Declaration of the Rights of Indigenous People as the basis for new relations with these communities.

The problem is that Canada, together with the United States, Australia and New Zealand are reluctant to adopt this document, using the excuse that they only support it as an aspiration and not a binding obligation. According to the CVRC Report, “the Canadian Government implemented this policy of cultural genocide because it would like to rid itself of its legal and financial obligations to aboriginal people and to take control of their lands, their natural resources and to appropriate the rights of these people”.

This panel was set up in 2009, tasked with exploring the history and legacy of the native schools. However, according to the newspaper, the Globe and Mail, the process encountered several challenges, notably confrontations with the federal government to obtain documents as well as replacing members of the Commission.

According to Judge Murray Sinclair, who is chairing this working group, the number of children that died is barely an estimate; it is likely that there are many more victims in these schools established in the nineteenth century.

“We think that we will not be able to reveal the exact number of deceased because the official registers on the issue are very imprecise”, Sinclair pointed out to the CBC programme, Power and Politics.

This judge, the first indigenous judge from the province of Manitoba, indicated that between 24% and 42% of aboriginals that attended these native schools died there or shortly after they graduated or dropped out of school.

Estimates made prior to the CRVC report consider that 4 million aboriginal children that died in these institutions. But some members of the panel have warned that the final fate of the other 46,000 children that remain anonymous is still under investigation

A previous CRVC report revealed accounts that some victims were buried in anonymous graves adjoining centres and in walls, because the government did not want to send the corpses home, and, in many cases, their fathers never knew the real cause of death.

Other parallel studies indicate that at least 150,000 aboriginal children remained locked up for years in these centres where they were forced to work for 10-12 hours.

The aim was “civilize them” under the slogan: “kill the Indian in the child” through torture, sociological and physical abuse. These students were boarded against their will and the will of their families.

Many fathers were aware of the crimes committed at the schools but they could not refuse giving their children up because to do so, risked the imposition of harsh criminal sanctions.

According to McLachlin, national laws for example outlawed Aboriginal religious and social traditions in the residential institutions, where children were separated from their parents; they were prohibited from speaking in their native tongue, and were compelled into Christian religious practices and subject to sexual abuse.

Two years ago, the former Liberal Prime Minister Paul Martin used the qualification genocide to describe the mistreatment in these Native Schools when he testified before the CVRC.

In a recent article in the newspaper, The Globe and Mail, reference was made to a number of federal government programmes that led to forcing a change in the customs and traditions of the aboriginal population. This was under the pretext of “assimilating them” and led to cultural genocide.

Most children died on account of serious malnutrition or other types of illnesses.

Some students that were there in the 1940s and 1950s were subject to scientific experiments depriving them of basic nutrition and dental care. Such programmes were sponsored by Canadian federal authorities and also by the US government.

The reports of these abuses is another example of the plight of this segment of Canadian society; for aboriginals make up about 4% of the country’s population yet, for example, makes up almost 24% of the prison population.

Canada bans Venezuelans living on its territory from electing their president

Establishment of the Provisional Government of Ezidikhan

Speech of Pope Francis in the World Meeting of Popular Movements