The imminent return of Russian planes to Syria

Although Russia had decided to withdraw its bombers from Syria after the ceasefire concluded with the United States, it is now obliged to return to the battlefield, because Washington - in violation of its engagements – has continued to deliver sophisticated weapons to the jihadists, including Al-Qaïda and Daesh. The aircraft carrier Admiral Kuznetsov should be deployed in July. 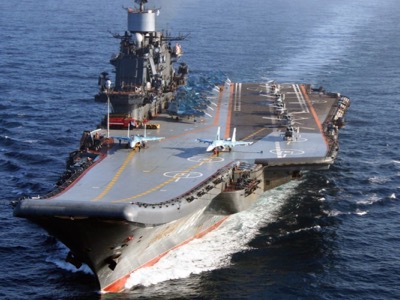 Although Russia does not possess fifth generation warplanes, its bombers were particularly effective during their six-month campaign in Syria.

However, after Russia and the United States agreed to a ceasefire from the 27th February 2016, President Vladimir Putin ordered the withdrawal of forty-six of the fifty-four or fifty-six Su-24, Su-25, Su-30, Su-34 and Su-35 deployed at the Khmeimim airbase. The withdrawal was ill-advised. Indeed, in violation of their engagements, the United States have continued to deliver sophisticated weaponry to the jihadists, including combatants from Al-Qaeda and Daesh [1]. As a result, after the liberation of Palmyra, the Syrian Arab Army was unable to pursue its offensive against the Islamic State in Al-Raqqah and Deir ez-Zor [2], and suffered heavy losses in fighting against the Al-Nusra Front (a branch of Al-Qaïda in Syria) in the region of Aleppo. 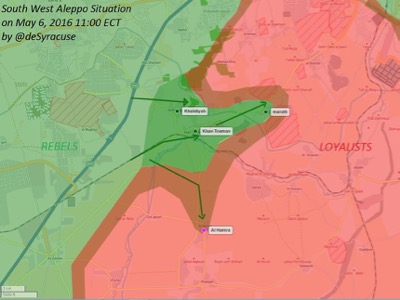 Besides that, in the space of one month, the Syrian aviation lost three combat planes (MiG-21, MiG-23 and Su-22), shot down in the north of Syria by Islamists using portable ground-to-air missile-launchers which had been introduced into the country in large quantities after the effective date of the ceasefire. This is why the Syrian Air Force does not attack more than 10 Islamist targets per day, which is insufficient when dealing with ground troops. The Syrian Arab Army finds itself in a delicate situation, and yet the Russian Army was constrained by the order from President Putin to withdraw the bombers from Syria, for budgetary and economic reasons. In addition, it seems that the proposition by the Commander of the Russian Air Forces, General Viktor Bondarev - to test the new Yak-130 light attack/training fighters in Syria on ground attack missions - has not been accepted by the Kremlin [3].

The only option which has met with approval is the deployment of the aircraft-carrier Admiral Kuznetsov in the Mediterraean, near the Syrian coast. The problem is that this aircraft-carrier entered a phase of repair and modernisation in 2015, in the Sevmash shipyards at Severodvinsk, and was scheduled to return to active duty only at the end of 2016. The modernisation involves adapting the aircraft-carrier to make it capable of functioning with the new MiG-29 K/KUB, instead of the old Su-33. The carrier pilots trained last year with the MiG-29 K/KUB for take-off and landing on specially-built strips (Nitka) which reproduce the decks of the aircraft-carrier, at Saki (Yevpatoriya – vestul Crimeii) and Yeisk (on the coast of the Sea of Azov). 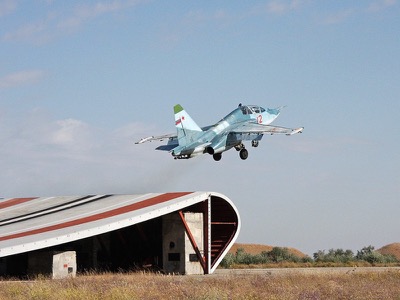 The aircraft-carrier Admiral Kuznetsov (Projet 1143) is driven by gas turbines, has a displacement of 65,000 tonnes, and was launched in December 1990 at naval shipyard n° 444 South at Nikolaev, which was then in the Soviet Republic of Ukraine. It was built to carry between 52 to 55 planes and helicopters. The Admiral Kuznetsov is armed with eight AK-630-type AA artillery systems (2x30mm), eighteen 3K95 Kinzhal-type AA missile launchers, twelve ship-to-ship P-700 Granit missile launchers (range of 620 km, speed Mach 2,5) and two UDAW-1 anti-submarine missile launchers.

The Minister of Defence for the Russian Federation has declared that the completion of repairs for the aircraft-carrier has been advanced to the 1st July 2016. This is why it will not carry only MiG-29 K/KUB, but will also keep some Su-33. Its new configuration will include twelve Su-33 multi-role aircraft, twenty-eight multi-role MiG 29 K/KUB, four Su-25UTG/UBP training and ground attack planes, and eight Ka-27 anti-submarine combat helicopters.

The Su-33 and MiG-29 K/KUB taking off from the aircraft-carrier will only be armed with 30% to 40% of their potential maximum load of arms and fuel (6-9 tonnes). However, this restriction will not prevent them from having the same effect on their targets as the Su-24 and Su-34 bombers which operated in Syria. The Su-24 and Su-34 were each armed with two 250 kg KAB-250 S/LG bombs or two 500 kg KAB-500 L/Kr or KAB-1500 L/Kr bombs, all guided by laser, camera or GPS, or two Kh-29 L/T and Kh-25T-type air-ground missiles, guided by laser or camera. Conceived for hunting missions, the Su-33 and MiG-29 K/KUB will also carry short and medium-range air-air missiles. 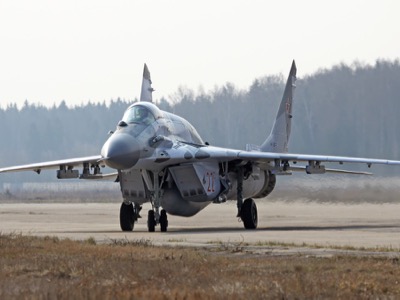 The small Russian aircraft-carrier is enough to damage the jihadists operating in Syria, who would be unable to fight back, and would have the same effect as one of the 11 nuclear-powered US aircraft-carriers which have a displacement of more than 100,000 tonnes, with more than seventy-eight planes on board (F/A-18E/F, EA-18G, E-2), and twelve SH-60F helicopters. The Admiral Kuznetsov is not the only aircraft-carrier which can operate with the MiG-29 K/KUB. The old Russian aircraft-carrier Admiral Gorskov, with a displacement of 43,000 tonnes, was rebuilt and modernised in the shipyards of Severodvinsk, and was endowed to the Indian Navy in 2014 under the name of Vikramaditya. It carries only thirty-six planes – twenty-six 26 MiG-29 K/KUB and ten Kamov Ka-28/31 helicopters.